Types of Battery Systems for Robots

Types of Battery Systems for Robots 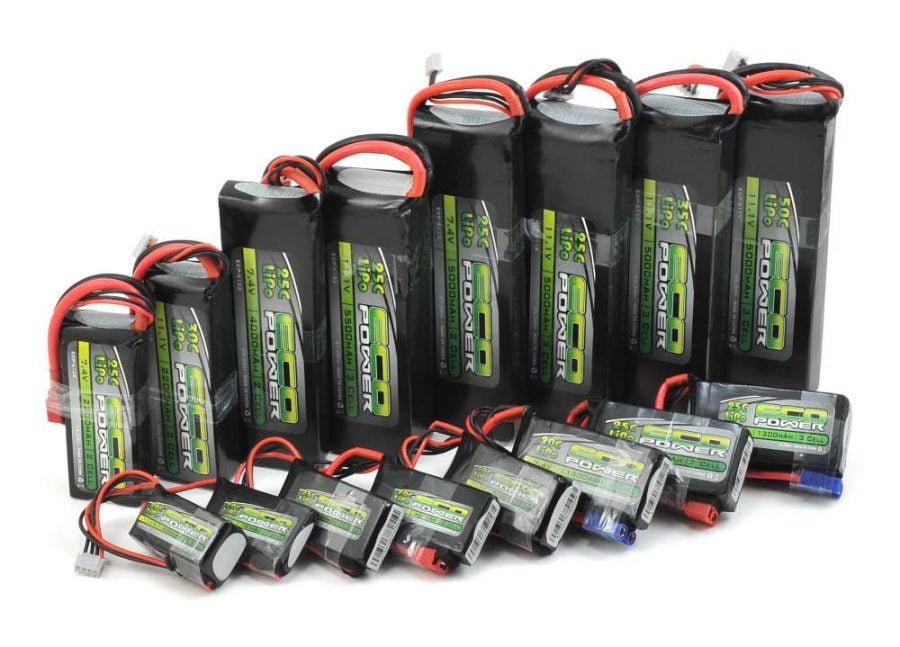 Choosing the right power source for your robotics project is essential. Learn about different types of batteries here!

We started out by discussing how to control big motors and how to pick a suitable motor controller for a motor with given electrical demands. We then went on to figure out how much mechanical power is needed for a given project and how to choose a motor suitable for that project.

Now we need to figure out how to power the whole system. Some projects might be small enough that a wall adapter or chunky AC-DC power supply can work, but there are a few problems with this.

I could go on forever about different types of batteries, but in 2019, lithium batteries are king.

If you need a massive energy capacity on a budget then lead-acid (think: car battery) might be for you. Otherwise, lithium-ion (Li-Ion) or lithium-polymer (LiPo) are the way to go.

The relationship between specific and volumetric energy density in different battery types. Image courtesy of CEI.

I wonâ€™t touch on non-rechargeable batteries because they are more costly in the long run, but if you have a project powered by 1.5V AA or AAA batteries, a 1.2V NiMH rechargeable replacement can usually be found.

Pros: Cheap and large capacities available. 12V increments used in lots of projects. Generally â€˜safeâ€™ if you avoid wet cell and flooded batteries (use gel or AGM, or any â€˜non-spillableâ€™ types).

Cons: Basically only in 6V and 12V increments. Super heavy. Take forever to charge. Smallest are several amp-hours. Lose capacity sitting on a shelf and need to be kept fully charged to help alleviate this. 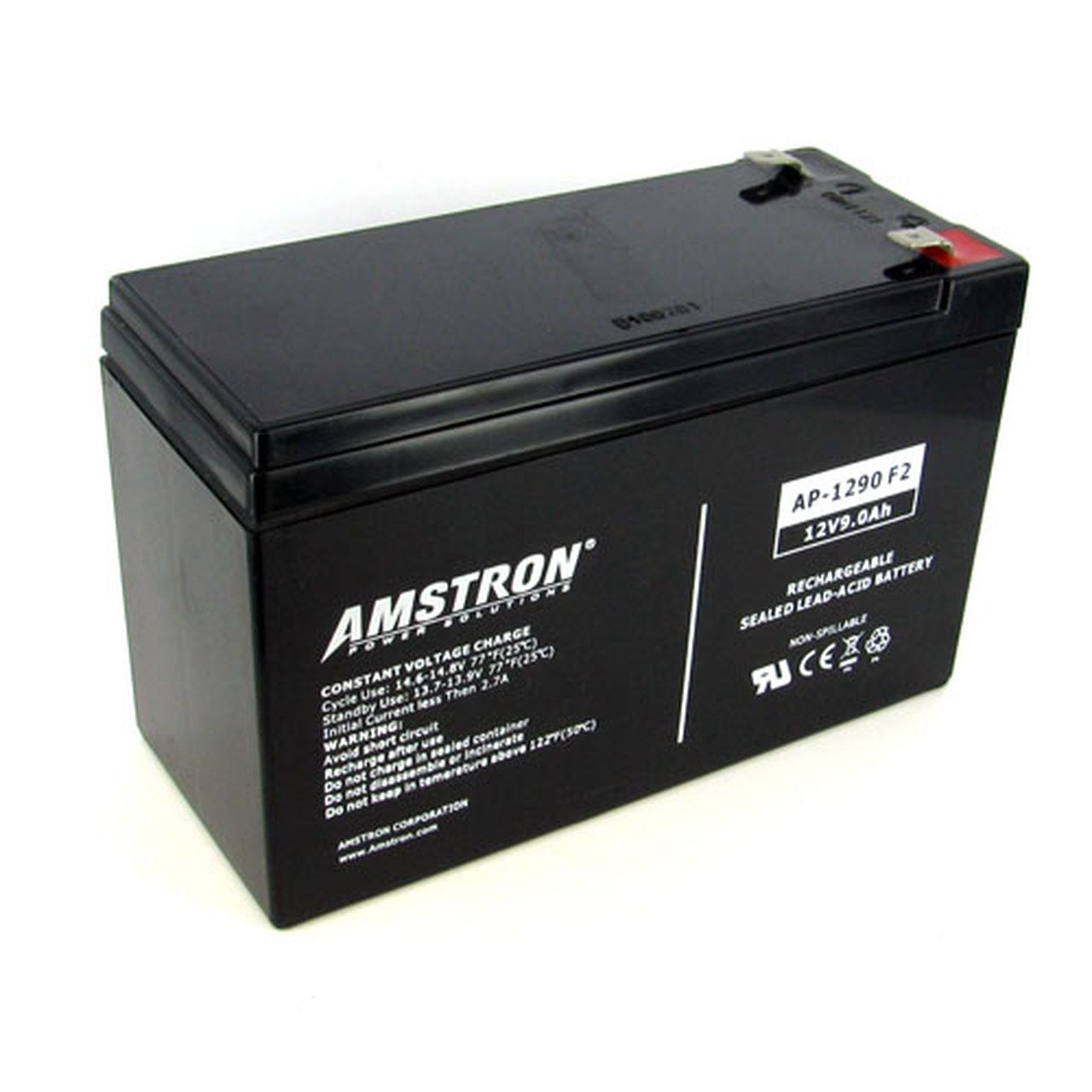 Example of a lead-acid battery.

Pros: On the cheaper side. Lighter than lead-acid. Can be trickle-charged slowly without a pricey charger. Hard to â€œkill.â€

Cons: Voltage drops precipitously throughout discharge. LiPo has generally replaced these in hobby and RC so these are harder to find. Donâ€™t work for nearly as many charge cycles as lithium. Also, loses charge sitting on a shelf. 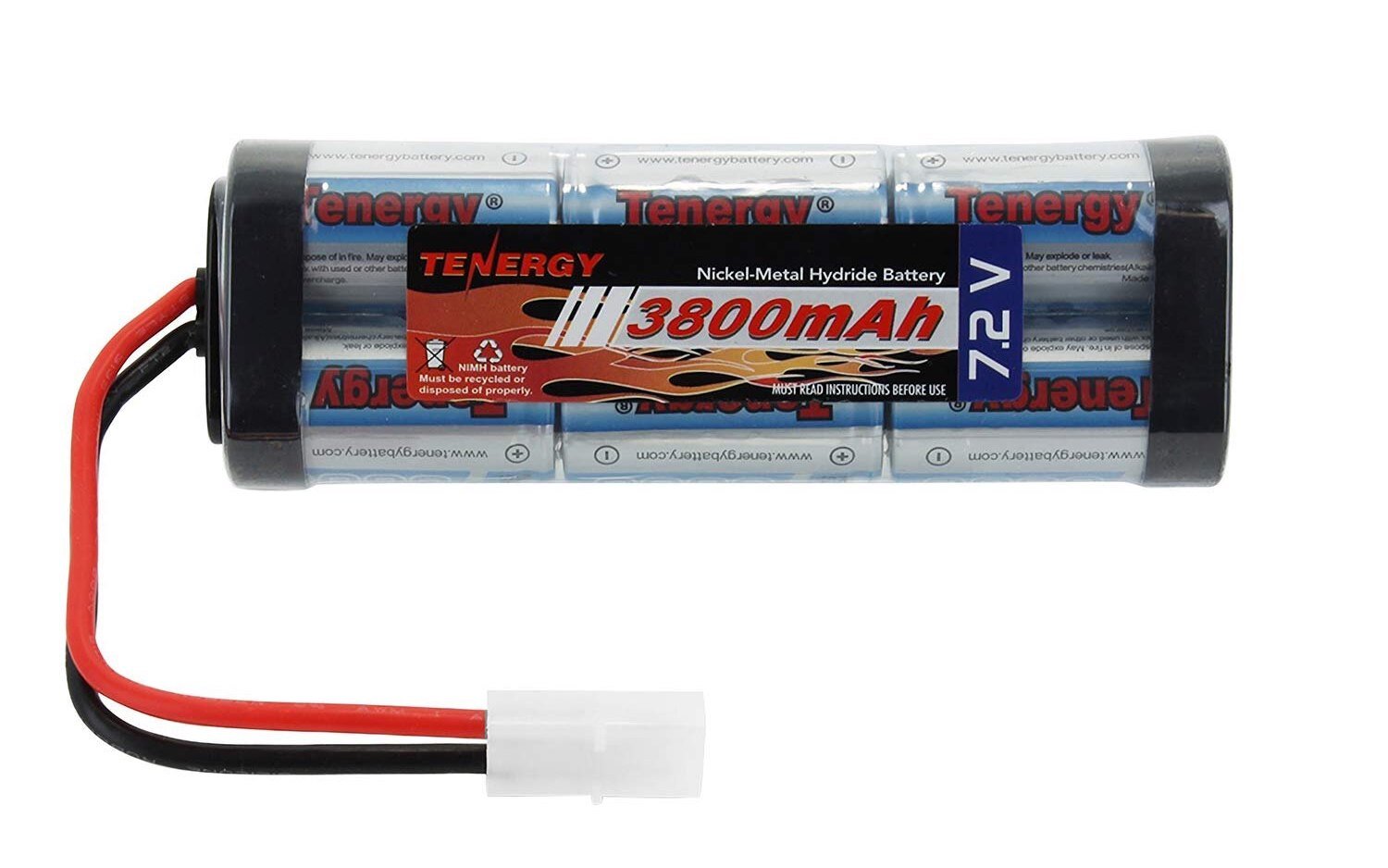 Example of a nickel-metal hydride battery.

Pros: relatively safe when combined with a battery management system in a pack. Very lightweight and durable due to the metal packs. Stable voltage during drain and high energy density.

Cons: Can be quite expensive. Requires a spot welder to make your own packs. Needs an expensive smart charger. 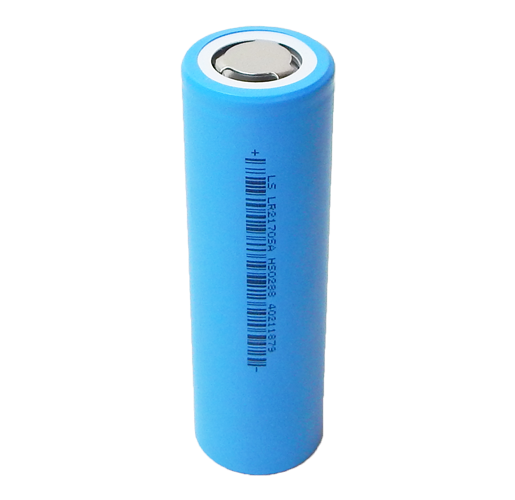 Example of a lithium-ion battery.

Uses: Pretty standardized for use in flashlights, various low current electrical equipment, or in large battery packs in everything from a Tesla to an electric skateboard or bike. 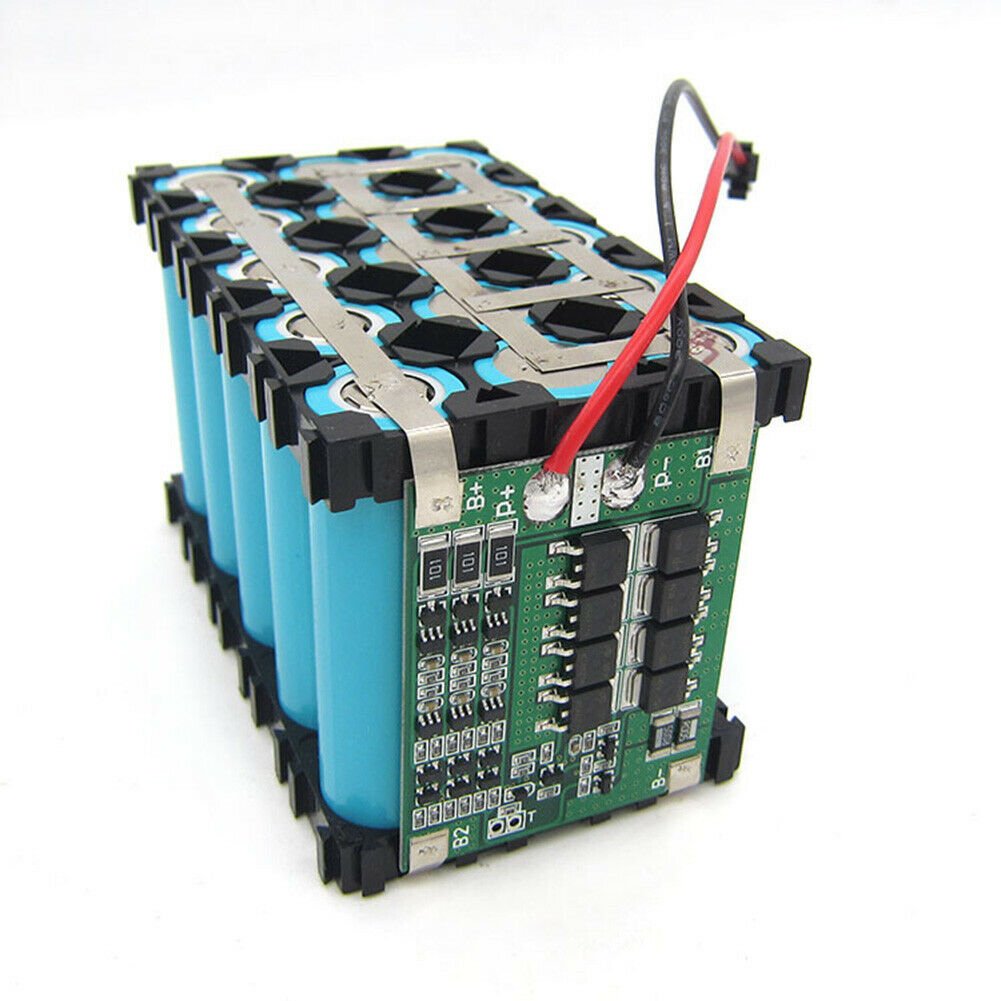 An example of lithium-ion cells working in a system.

Pros: Super lightweight, packs usually are just a collection of single cells with a balance plug and main power plug. Cheap in smaller sizes, but larger is also competitive up to a point. Wide range of voltages 3.7v (1 cell) to 22.2V (6 cells) for hobby uses, and up to 44.4V (12S) common for power-hungry projects like e-skateboards. Insane current capacity and energy density.

Cons: can be VERY dangerous if handled improperly. Basically, they're polymer bags full of exploding self-oxygenating fire. (LiFePO4 are safer more stable variants, but heavier and more expensive). Needs a smart charger and MUST be properly stored and maintained. 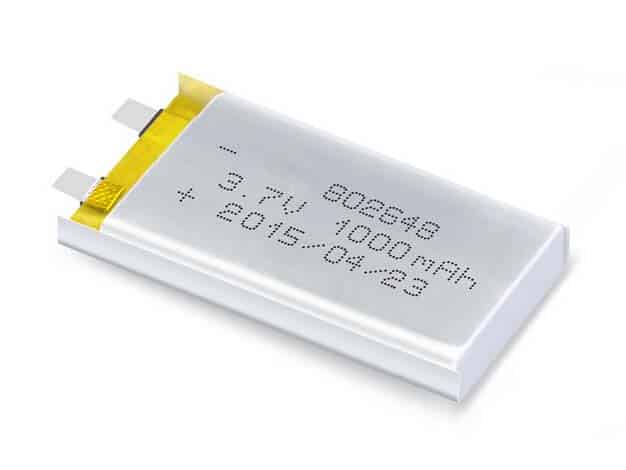 An example of a one-cell lithium polymer battery. 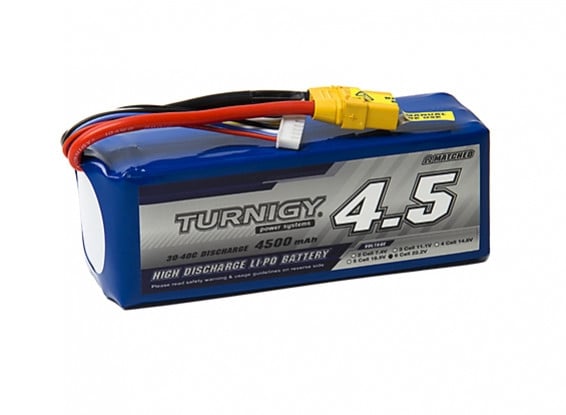 An example of a multi-cell lithium polymer battery.

All batteries will list a voltage or cell count, a capacity in amp hours (Ah) or milli-Ah (mAh). Some will give a discharge current rating or burst current rating, for LiPo this is a C rating.

S and P refer to series and parallel cells. Almost all are 1P if labeled, but itâ€™s generally assumed itâ€™s still 1P if not labeled, which means it is one set of cells in series. 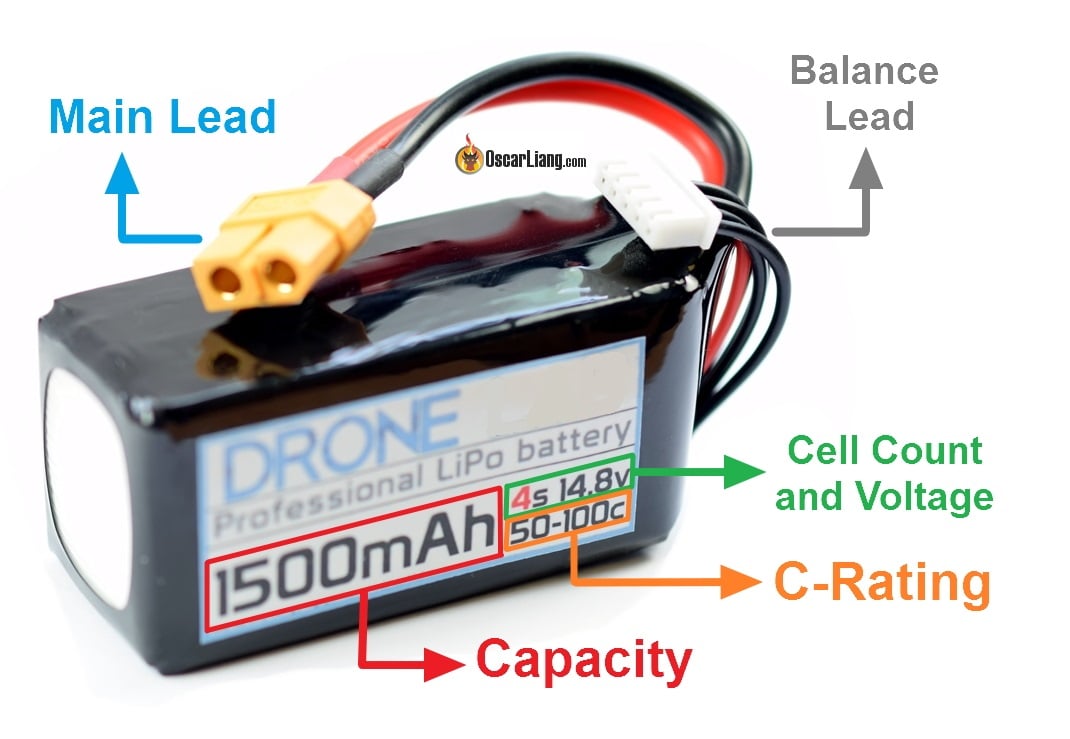 The important parts of a LiPo battery.

C rating refers to how many times the capacity in amp-hours can be discharged at once safely. If you have a 1000mAh pack and it is labeled as 25C/40C burst, that means it will handle 25A continuous or 40A bursts (usually a couple of seconds, but up to 10 seconds).

What Voltage, Capacity, and Current, do I need?

You want to match the voltage of the battery system to the same voltage at which you will be running the motors.

Capacity is simply going to determine the battery life or runtime of the project. This may require some assumptions about the continuous draw of your motors, but using current sensors when testing will help you see what they draw under load.

Your discharge capacity or current needed is essentially the total sum of the current draw of all motors under a typical load (keeping in mind bursts may demand a higher C rating for smaller capacities).

Example of Voltage, Capacity, and Current at Work

A combat robot with three motors: one on a lifter, and two for drive.

There are tons of guides available that go into far more detail, here are links to a few:

It may seem counter-intuitive, but there are several reasons why a battery would be needed even to power projects that will be mounted in one place forever.

If you want to spend hundreds of dollars on a lab bench power supply that provides you with 10 amps of clean power and dedicate that to a robot, then you wonâ€™t have this issue. If you are a normal DIYer or maker, you will.

Anything taking wall power gets noise not only from the 60hz or 50hz AC power coming in, but from other appliances running on those circuits. Batteries always provide clean, steady DC power. An appropriately sized battery also experiences less voltage droop than an unregulated AC-DC supply.

If you want to get a 12V AC-DC supply for a 50A motor, you will likely need a much larger supply than 50A.

I can get a 55A current rated brushless motor for $20, and an ESC to drive it for $30 or so. At first, you might see a 12V 50A supply is only $40 or so and think thatâ€™s fine. However, for a few milliseconds, the motor could draw twice that and brownout or even damage the supply.

You really need a much bigger supply that could handle 75 or 100 amps for a tiny time period even if your motor will then only operate at a fifth of that. The load could instead be handled by a $15 LiPo battery rated for bursts over 110 amps, in tandem with a much cheaper power supply.

Power limits change based on your country.

In the United States, at 120V power, most wall outlets are connected to a 15A breaker limiting the power from the socket to 1800W of peak power, and appliances are generally limited to 1500W continuous.