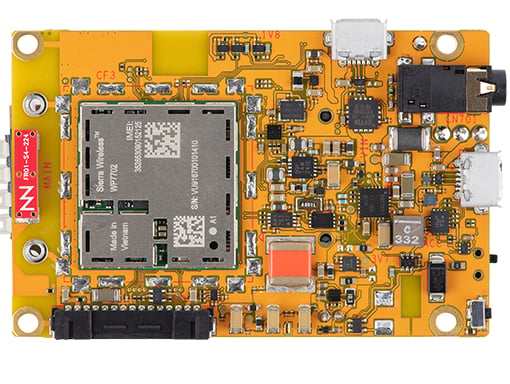 Learn about the specs of the mangOH Yellow, a board designed to add IoT connectivity and networking to your projects.

I usually write about development boards specifically created for makers. However, in this article, I decided to take a look at a board option more targeted towards professional users: the mangOH Yellow from Sierra Wireless released in October 2019. 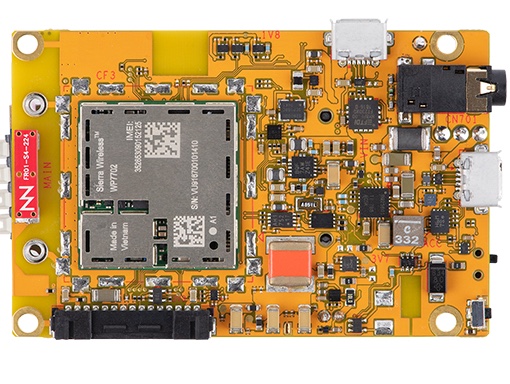 The mangOH Yellow board is marketed as an extremely low-power IoT device ideal for prototyping. Its key market seems to be professionals and small businesses and it comes with a few handy features that make it easier to replace and use right out of the box in many different scenarios without the need to configure it first.

Its ability to be used out of the box is what caught my eye as a good solution for makers. Read on to learn more about the mangOH Yellow and how it could be useful for many different projects and levels of design.

The main idea behind the Linux-based mangOH Yellow is to read sensor data and then transmit those readings to a cloud. For that purpose, the board is equipped with a cellular modem that allows you to wirelessly connect to a mobile network.

The device is also capable of connecting to a Wi-Fi network or via Bluetooth 4.2 BLE. Furthermore, the device can act as an NFC tag, and it contains the necessary antennas for cellular, GPS, Wi-Fi, Bluetooth, and NFC communication.

Because it can run off of a cellular network, a three-month membership for the Octave cloud service is included with the device.

The designers of the mangOH Yellow development board incorporated a few different sensors for basic applications into the design so that you donâ€™t have to rely on external ones.

The built-in accelerometer, gyroscope, magnetometer, pressure, humidity, air quality, temperature, and light sensor allow you to monitor a wide variety of things and add to the mangOH Yellowâ€™s usefulness right out of the box. 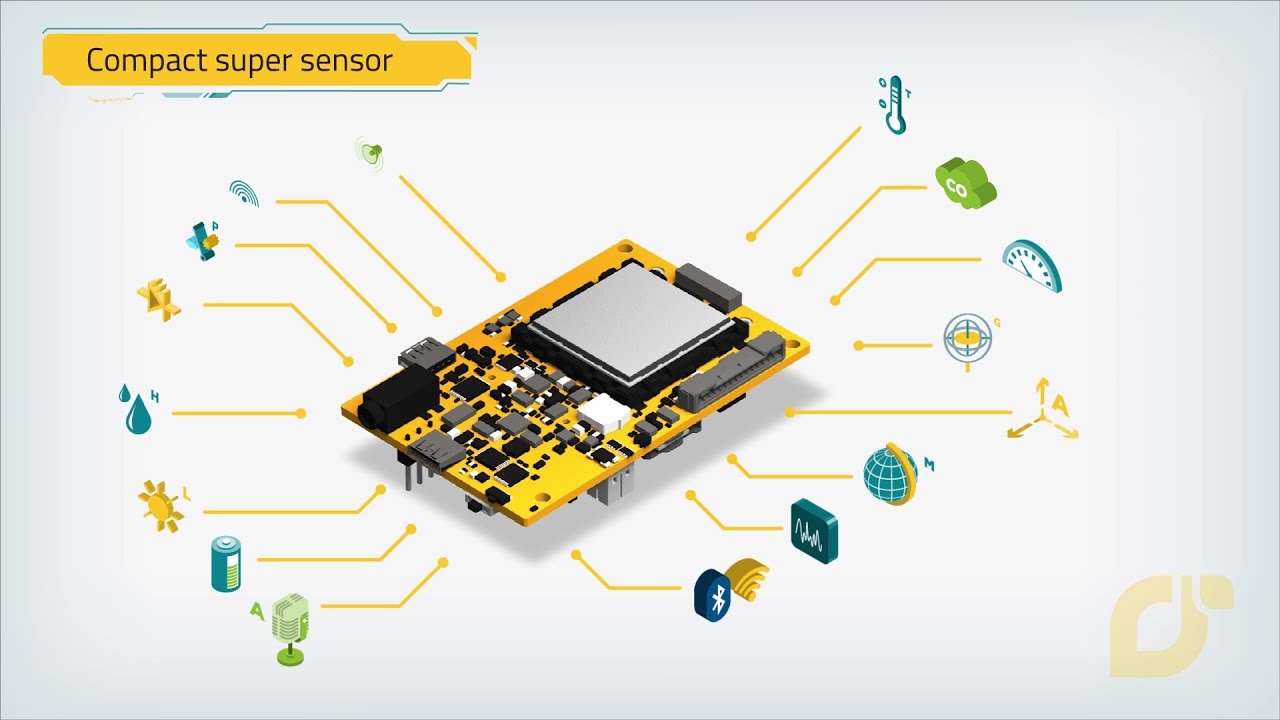 The mangOH Yellow has a large variety of on-board sensors. Image courtesy of Sierra Wireless.

If you decide that you do want to use an additional external sensor, the mangOH Yellow offers a 15-pin IO expansion connector, an SD card slot, and a two-way audio connector so that you can interface external devices with the board.

A snap-in socket allows you to add any CF3-compatible modules to expand the board, some examples being GPS and low-power cellular adapters. Furthermore, the mangOH Yellow also has an IoT expansion card slot that accepts technology that follows on the IoT expansion card open standard.

This IoT development board also comes with a built-in battery charger and a battery gauge, and the manufacturer claims that the device can run on batteries for up to ten years with a single charge.

Output wise, the mangOH is equipped with multiple LEDs and a buzzer. A touch button is also present, which allows users to interact with the device.

As mentioned previously, the manufacturer claims that the board can run on a single battery charge for up to ten years. However, I couldnâ€™t find any details that back that claim. And, since the board was only released two months ago, I couldnâ€™t test this claim myself. I guess the board can run for ten years without having to recharge it if the battery is powerful enough. Weâ€™ll just have to check back in 10 years!

Pros and Cons of the mangOH Yellow

That was a pretty quick overview of the board! To summarize my findings, hereâ€™s a list of things that I liked the most and the least.

The mangOH Yellow is an interesting little board thatâ€™s worth considering if youâ€™re looking for a monitoring solution.

A few different sensors and connection modules are already included, and you can use them right out of the box. However, the convenience comes at a price, because the board itself is quite expensive. It might not be the right choice for makers if they are on a budget. However, professionals could benefit from this device if they only need a relatively small quantity.