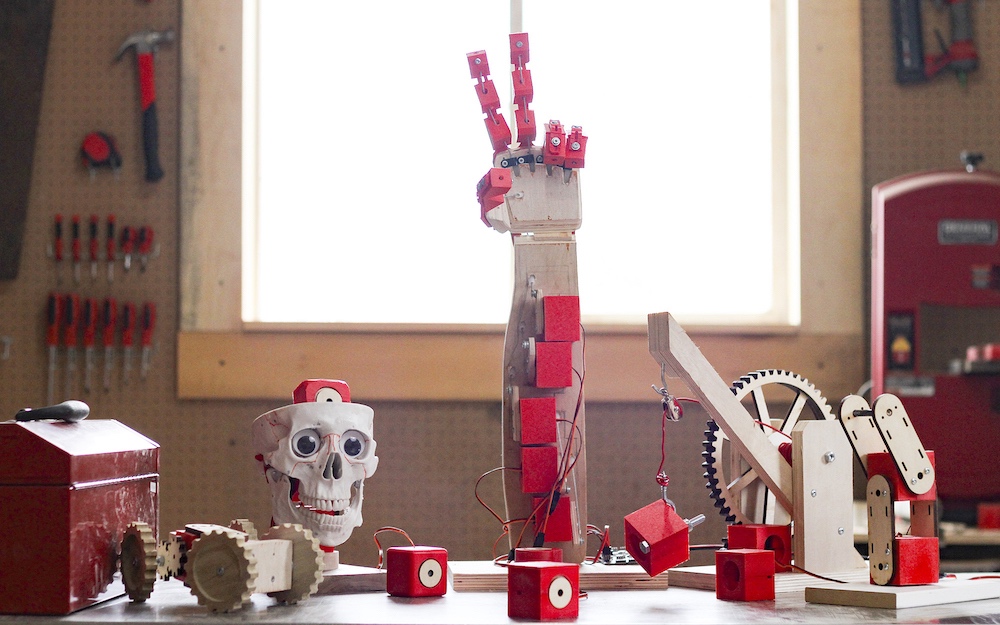 Have you ever found yourself building a project that utilizes a servo motor and wishing there was just a simpler way to mount them that didnâ€™t involve such tiny hardware? As a young budding hobbyist, so did Dan Kitchen, the inventor of Servo Socks.

Servo Socks are servo motor cases that snap over the motor, adding more material to work with and enabling easier connections to be made. Each â€œanti-kitâ€ comes with either a six-knob controller board or a programmable 24 channel wireless control board, making them usable right out of the box â€” no coding or programming required (unless you want to, of course). 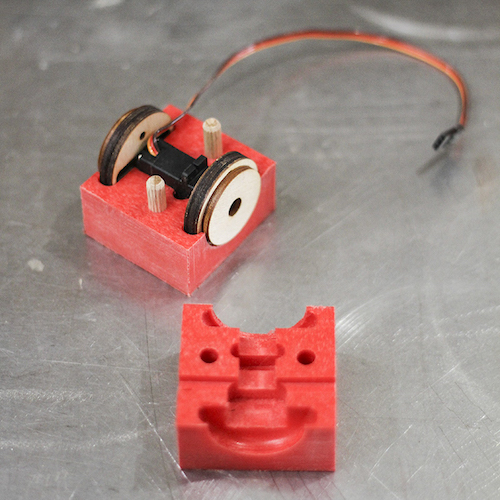 A servo motor easily fits inside the Servo Sock.

The Maker Pro team recently met up with Dan to discuss how he brought his idea to reality, worked through the prototyping and design phases, and is currently navigating crowdfunding and patents.

When you came up with the idea for Servo Socks, what were the main pain points you wanted to alleviate?

As a kid, I used to play with motors and stuff when I was maybe six, seven years old. Adding motors into projects was always where I got stuck. I can think back on the high number of projects that just didn't get finished or I didn't get to move forward with because I couldn't mount the motor.

I wasn't using servos back then, just little motors. But the same problem exists. You mount the motor, it's a bit of a challenge, then you have the shaft. You know, the ones that just have a smooth little shaft on them? I couldn't mount anything to it. Unfortunately, at that point, a lot of projects failed or didn't work out because I just couldn't get past it.

Servos have been around for years, but I never really played with them. When I got back into Arduino as an adult and figured out what a servo was, I was like these are awesome! I started playing with them but again got frustrated. The difference now is I finally had the facility to do something about it.

It's been fun to show other makers who have worked with servo motors. I can just open one up and not even almost even say anything and they just smile and go "perfect." They just get it!

How did you prototype and perfect your design?

We started out by creating our initial prototypes with 3D printers but ran into two problems: the prints are typically not solid enough for what we wanted and each print took hours. Although it helped us understand the shape we wanted, we quickly realized 3D printing wasnâ€™t going to work long term.

How does manufacturing work for Servo Socks?

After deciding a 3D printer wasn't sustainable, we moved onto using a CNC machine. With the design perfected, one CNC machine can make about 30 Servo Socks per hour, which equates to 500-700 per week.

Servo Socks are made with HDPE plastic lumber, a very durable material created from recycled plastics â€” one milk jug equals one Servo Sock. It was important for us to create an environmentally-friendly product. We can even reuse the shavings from the CNC machine. 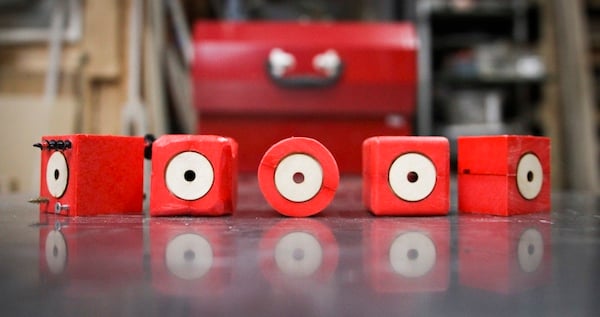 Servo Socks are made with durable HDPE plastic lumber so they can be cut, carved, and drilled through.

Iâ€™m proud to say that with the manufacturing and production solutions weâ€™ve created, we require low production space (all we need is a shipping container) and can produce Servo Socks beginning to end here in Canada rather than outsourcing to another company.

Other than manufacturing, what expenses have you run into that you realized were very important but hadnâ€™t thought about during the initial phases of your business?

We decided that patenting our design was incredibly important to us. Servo Socks are currently patent pending in the US and Canada. Although we anticipated it would be an especially big effort to get a utility patent, I couldnâ€™t have anticipated the time and costs involved.

Luckily I was able to handle the patent drawings which helped. In fact, I already had the 3D Models I made in SketchUp. Of course, having a DIY attitude, I had looked into patenting myself, but my business partner and I realized it was worth the costs to hire the help of a real professional.

Another expense we are working through is marketing. As much as we hoped like most people that we would be able to get attention, we realized that the internet is a crowded place. So we are doing what we can to get the word out there and carefully spending budgets on these efforts.

Servo Socks currently has an active campaign on Indiegogo. How did you decide to go through Indiegogo rather than a different crowdfunding company?

We didnâ€™t go into this leaning toward one crowdfunding site over another. Kickstarter rejected our proposal and Indiegogo didnâ€™t, so that made it really easy.

Indiegogoâ€™s platform is easy to navigate and allows you to choose what stage your product is at. You can choose to have either a fixed or flexible campaign. A fixed campaign means people will immediately get their money back if the campaign is unsuccessful. A flexible campaign promises to deliver no matter what, which is what Servo Socks is doing.

You mentioned Kickstarter rejected your proposal. What happened?

One of the requirements for Kickstarter campaigns is, understandably, that it is a product that youâ€™ve developed. We ran into a problem because while the Servo Sock is something we developed, a servo motor is replaceable and not our own creation.

Including the servo motor probably could have passed, but the big thing was that I was adamant I didn't want to just sell Servo Socks just as a Servo Sock with the motor in it because, while there's a certain sector of people that have their way of controlling it, there are so many people that are new to the concept. So I wanted to include a control board. With the control board, users can make something move without going online or to a store and having to purchase something else.

The control board we include is a six-knob control board that we call the no-computer. Itâ€™s for all the people that just hate using computers or people that want to work out of, say, a wood shop and aren't into programming or, again, are new to the concept and don't want to be overwhelmed by feeling like they have to program. Including these boards allows you to just connect to power, turn the knobs, and it moves. 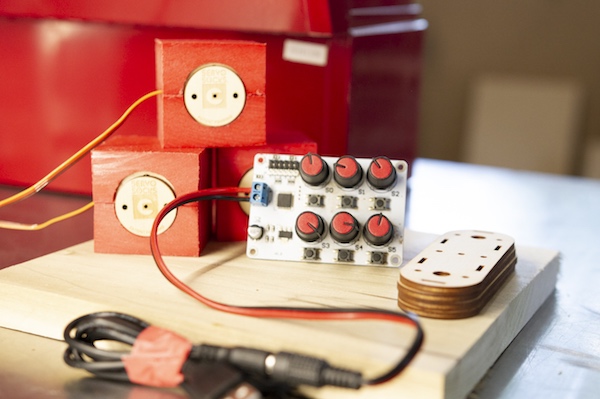 The Servo Sock "no computer anti-kit" comes with a six-knob controller that requires no computer programming knowledge to work. 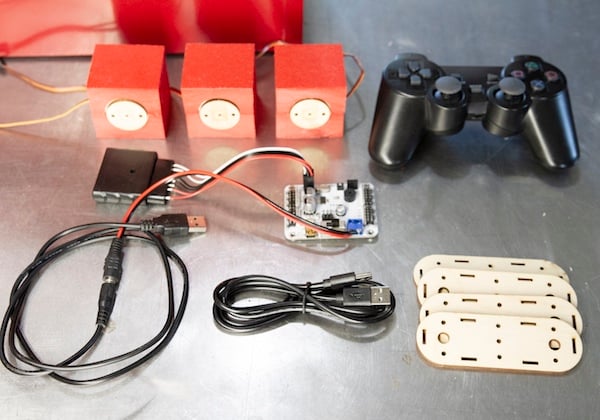 There's also a kit with a computer controller for those ready to put their programming chops to work.

Including the servo and, more importantly, the control board, went against Kickstarterâ€™s guidelines. It ended up not being a huge problem and we didnâ€™t run into the same snag with Indiegogo.

Aside from your campaign on Indiegogo, what other ventures are you working on with Servo Socks?

Weâ€™ve been pursuing the STEM sphere with local schools. Servo Socks are a great way to introduce kids to robotics and animation, and more and more schools are pursuing STEM programs.

A lot of teachers I'm talking to know they should start doing STEM curriculum but donâ€™t have a background in coding and robotics and how to make things work. You give a teacher an Arduino kit, there's still some learning for them to do there before they can teach their students. Not everybody has time to do that regardless of whether theyâ€™d like to. Servo Socks offer a solution that's easy to get into to get kids building fun stuff that works right out of the gate.

In our visit to Maker Faire Bay Area this year, we knew we would meet lots of interesting people with unique uses for Servo Socks. At one point we had a guy at the table talking about how he wanted to tinker with motorizing his window blinds at the same time a guy at the other end of the table piped up and said: â€œhey me tooâ€. 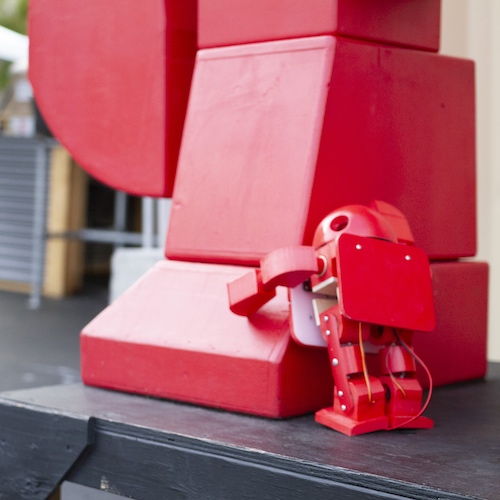 We also learned of the â€œhaunterâ€ community, which is the group of awesome people who go completely overboard with Halloween to provide scary experiences in their homes for their local communities. The excitement from this crowd was very encouraging and we canâ€™t wait to see what happens this Halloween.

The one conversation that stood out the most and was not something we had expected was a young guy that said he lives with shaky hands. He was very enthusiastic about getting into robotics but said he finds that the tediousness of robotics (tiny screws, etc.) is just something he wasn't able to work with. He said that Servo Socks might allow him to start which was amazing to hear.

The other main group we are working with are Maker Spaces. Maker Spaces are the perfect spot for Servo Socks because they are places where anyone can sign up to gain access to a real shop environment. Providing a way for people working with a large array of materials, skills, and tools to integrate movement is going to make for some awesome results.

Servo Socks is currently a live campaign on Indiegogo. Go check them out! Also, a big thanks to you, Dan, for sharing your insights on the excitement as well as hurdles that come with bringing an idea to market.