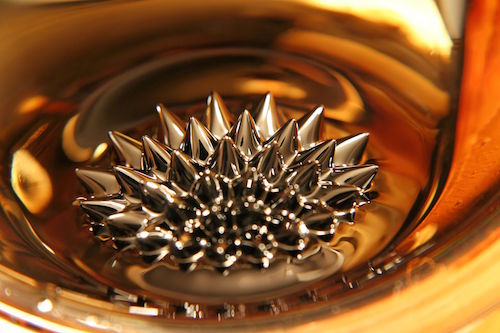 Good research projects, what you need to make them, and some ideas you can use to build your projects. 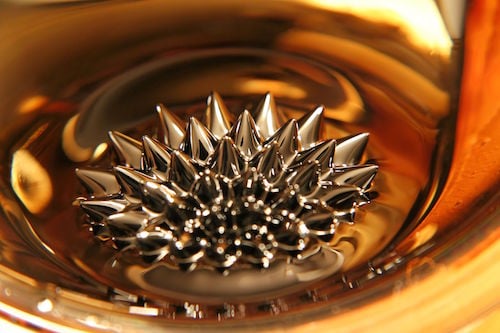 This article is intended for students who are getting started on building their academic minor/major projects. Here, I will first explain what a good research project is, next the factors necessary to make the best research projects and finally some ideas that you can use to build your projects.

The best research projects are valued by their underlying concepts and principles. In other words, ideas are the adjudicators of a good research project. The major factor that influences the quality of the project is how novel and innovative the concept is. The chances of getting recognised and awarded for your project is directly proportional to the innovativeness of the concept. That being said, it is also never mandatory that a good research project should be highly complex or technically challenging. There is no such relationship between the two. An example of a very elegant idea coupled with a simple technology behind it is this project from the MIT Media Lab:

Here, the background technology of this project consists of just a flex sensor embedded along the cable. When the cable is tightened, the resistance of the sensor changes. This is then conveyed to the controller (maybe an arduino) and correspondingly a relay or a digital lamp dimmer can control the intensity of the lamp.

This is just one of the several examples of the best research projects that doesnâ€™t demand high technical expertise. If the project is something someone has already done, efforts taken to replicate it go futile. I am writing this article with respect to the immense amount of requests I get from students who are looking for good project ideas. At the end of this article, I will also be listing some simple concepts that have the potential to be turned into amazing research projects and applications.

The fundamental first step towards executing a good research project is something called Idea Research. In most cases, we quickly get fascinated by an idea and fall in love with it. Let me explain it through an example. Arjun (a bachelorâ€™s student) wants to build an academic project for his final year. He quickly thought about making a smartphone controlled home automation system and falls in love with it assuming that itâ€™s a very novel idea. He thought of the complete idea and structure in one hour and then he spends three months trying to make the prototype. But what happened was at the end of this time when Arjun presented it to an external professor, the prof simply through a Google search showed him the thousands of other similar automation projects that were already online. If Arjun had invested more time in researching about his idea online and checking for other similar projects, he wouldnâ€™t have ended up wasting three months on recreating an existing technology.

If Arjun had done Idea Research, then the story would have been different, he would have been able to change the concept of his project to make it truly novel. As an example, he could have ported the entire automation system to his smartwatch. Or used augmented reality to output statistics (power consumption) around each electrical appliance, by simply pointing the smartphoneâ€™s camera to it. Then his project would have become one of the best research projects and grabbed the attention of the world. Check out this reality editor project which does something similar:

Moreover, if you worry that you need to pay to access research papers, platforms like Sci-hub.io lets you access these papers through their DOI. Following such media lets you restructure and evolve your idea into something that no one has ever seen before.

Two Common Traps I Have Seen:

1. Something else that was noticed was, people who come up with an idea get so attached to it that they shut out the opinions of other people. They are even scared to search for similar projects online as they donâ€™t want to end up feeling disappointed. This is purely psychological, always use Google to evaluate your idea, the lower the number of projects based on it the better it is.

2. And the next common misconception I hear when I ask students to talk about their ideas are what if someone steals my idea after I make my prototype. This style of thinking is very detrimental, no one can steal your idea overnight. If you have invested one year of your life in making a prototype, no one will be able to â€œJustâ€ replicate the entire thing over a couple of hours. Only you have the knowledge and experience associated in working with it for one year, no one can take that away from you. Moreover, the feedback and good support you get from sharing your project with everyone far outweighs the very slight possibility (<5%) of someone that tries to replicate your project. 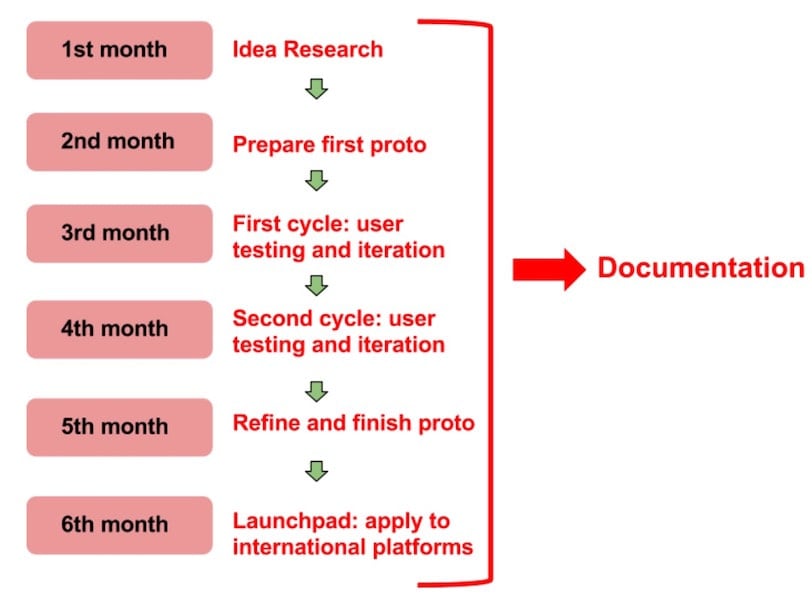 You need to finish the first cycle from idea â†’ proto â†’ feedback from users, in the minimum time possible (2 months), only then will you be able to fail fast and learn. The new learnings will then have to be ported to the new proto and the cycle repeated, until you reach a stable version. And keep in mind to always document the progress each and every day. The final month should be spent for identifying and applying to international conferences or competitions to feature your project. This is a short video that conveys the same message to students that was shot during the promotion of the Yahoo-Accenture Innovation Jockeys:

Now the next question might be: how do I get started with an idea first! This is pretty simple, anything that makes you go wow and which sparks something inside you will be able to keep you dedicated until you finish executing it.

Following are some good media to follow to stay updated on new projects:

To help you get started, I am listing some simple concepts which I think have to potential to be excellent projects and applications. You can think of your own ways to port these ideas and turn it into something cool!

The Peltier Effect is a phenomenon where an application of voltage between two electrodes connected to a sample of semiconductor causes a voltage difference. In simple words, a peltier module is a small ceramic tile that cools down on one side on the application of a voltage. The peltier module looks like this:

You can embed these modules inside a helmet to create a cooling effect for the user. Or even embed it in the inner linings of your clothes to cool your body while wearing it. Think of interesting applications you can build using this concept.

Projection mapping or spatial augmented reality is the concept of converting a normal surface into a display. Using pico projectors and a computer (or raspberry pi), you can convert a table into a smart surface. You can then interact with the table using your hand gestures using platforms like kinect or leap motion. Check out this smart interface created by Sapient Nitro which does something similar:

ChalKaat is another project that uses projection mapping to augment reality. Check DIY Hacking's project video and tutorial for building your own ChalKaat.

Think of interesting applications that you can build using this technology.

This concept is an extension of using Peltier modules. Here, you can club two concepts together, one is the peltier effect and the other is thermochromism. Thermochromic inks are special pigments that can change color on the application of heat. Everyone must have seen those magic coffee cups whose color changes when hot water is poured in it.

Here, we can control those inks to display what we want be heating it using peltier modules. Check out this project from the MIT Media Lab that can display information through your clothes:

Here, you can display letters on your clothes using thermochromic inks and an array of peltier modules placed behind it. Make a project where your clothes can display the time and other information like your name, etc. There are numerous ideas waiting to be explored using this concept.

Ferrofluids are actually colloidal liquids that contains suspended nanoscale ferromagnetic particles. What this means is that when you bring a magnetic material near this liquid, it gets attracted towards the magnet and forms shapes around the magnetic flux lines. Check out this sample video to know what I am talking about:

Ferrofluids can be made at home using toner ink (magnetic ink developer) and vegetable oil, there are numerous tutorials for making ferrofluids work for you, which can be done at home. So what can you do with this? You can use ferrofluids to create interesting patterns, check out this project where digital clock is created using ferrofluids suspended in a less viscous liquid:

This project consists of an array of electromagnets placed behind the board, which when activated in sequence, can attract and move the drops of ferrofluid to resemble numbers. Think of creating new display interfaces using this concept.

Memory wire is made up of an alloy of Nickel and Titanium. The fascinating part which makes this wire unique is that when the wire is heated by passing a voltage across it (6V) it changes its shape. When the wire is heated, it changes shape due to phase transformation in its crystalline structure. When it cools, it loses the shape and becomes malleable again. This property is called shape memory. A small video to show you how it works:

Using this concept, many novel applications can be built around it. Check out this video example of an electronic origami based project:

Similar to this, you can use these wires to build robots out of paper such as paper spiders that can walk. Or you can even tie this concept to IoT, to make an electronic card or book. For instance, an IoT paper book whose pages can be brought to life through animated paper shapes that can be controlled by a person in the US who wants to read a story to their kids. You can think of many interesting applications using this concept. These wires can be brought from sites like ebay.

For more info, check out Backyard Brian's article on taking someone's free will. Think of your own ways to integrate this concept and create a cool application. These are just some of the several interesting ideas you can use to come up with interesting research projects. Take advantage of the internet to search for cool projects and go through the numerous research papers to come up with that one cool project idea that can open up a new world of opportunities. If you have more ideas in mind or want to post your feedback, do share them in the comments section below. And subscribe to our newsletters to stay updated on cool new project ideas that we come across.