This article focuses on explaining the DC current effect on the inductor. This will also provide the necessary informat

The inductor design in the design of the switching power supply is the many challenges for engineers. Engineers not only have to select an inductor, but also consider the current, winding resistance, mechanical dimensions, and so on. This article focuses on explaining: the DC current effect on the inductor. This will also provide the necessary information for selecting the appropriate inductor.

Understand the function of the inductor

We use inductive voltage calculation formulas: 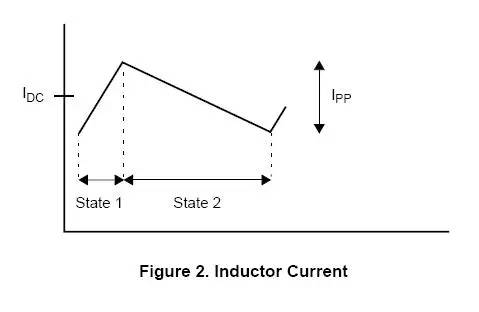 Through the figure above, we can see that the maximum current flowing through the inductor is half of the DC current plus the peak current. The above figure is also called a ripple current. According to the above formula, we can calculate the peak current:

WARNING: The above calculation is assumed that the pressure drop contrast input and output voltage on the respective metader (the turning pressure drop on the MOSFET, the inductor direction or the positive voltage drop of the shadrous diode in the asynchronous circuit) can be Ignored.

If the decenesis of the device is not negligible, it is necessary to use the following formula to accurately calculate:

Among them, RS is the resistance of inductive electrical resistance resistance anti-plus inductor winding resistance. Vf is the forward voltage drop of Schottky diodes. R is RS plus MOSFET on-resistance, R = RS + RM.

In fact, switching power inductor in the conversion circuit will always have a "soft" saturation. To understand this concept, you can observe the curve of the actual measured inductor VS DC current: 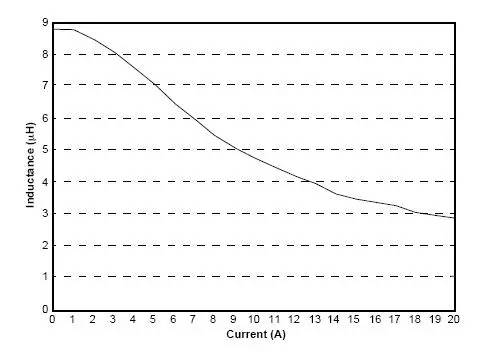 Note: The amount of inductor will exist in many types of insects. For example: Toroids, Gapped E-Cores, etc. However, the Rod Core inductor will not have this change.

Alan Hathaway an editor at Utmel.