Get Started with Sense HAT: Automatically Log Weather Sensor Data in a Spreadsheet with an Astro Pi Station

Get Started with Sense HAT: Automatically Log Weather Sensor Data in a Spreadsheet with an Astro Pi Station 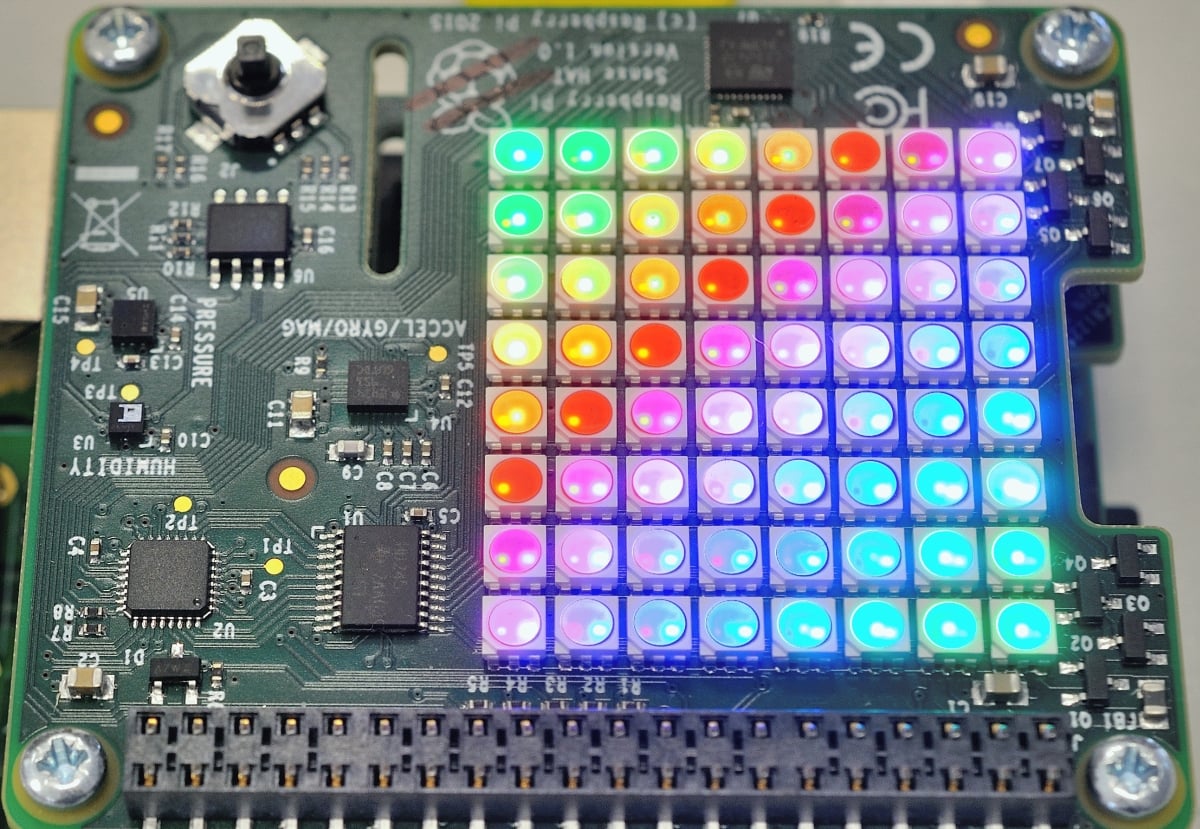 Learn how to build an AstroPi station that gathers temperature, humidity, and barometric pressure sensor data!

In this article, I will show you how to build an AstroPi station using Raspberry Pi.

This is an ongoing project, so I will share what Iâ€™ve learned with you. To put it simply, an IoT device, among doing several other things, is a system that is basically capable of collecting data and sending it to the internet, after which the uploaded data will be processed or observed later, depending on the application.

So in this project, you will be able to measure the following:

You will also be able to store the data from these sensors in a Google spreadsheet, allowing you to easily view the data of your Sense HAT system from anywhere.

What is Sense Hat?

Raspberry Pi's Sense HAT (also known as Astro Pi HAT) is a device or an add-on board that can be attached onto the GPIO pins of a Raspberry Pi. It features onboard accelerometers, magnetometers, gyroscopes, thermometers, barometers, and humidity sensors, all of which pass data back to Pi via I2C communication. 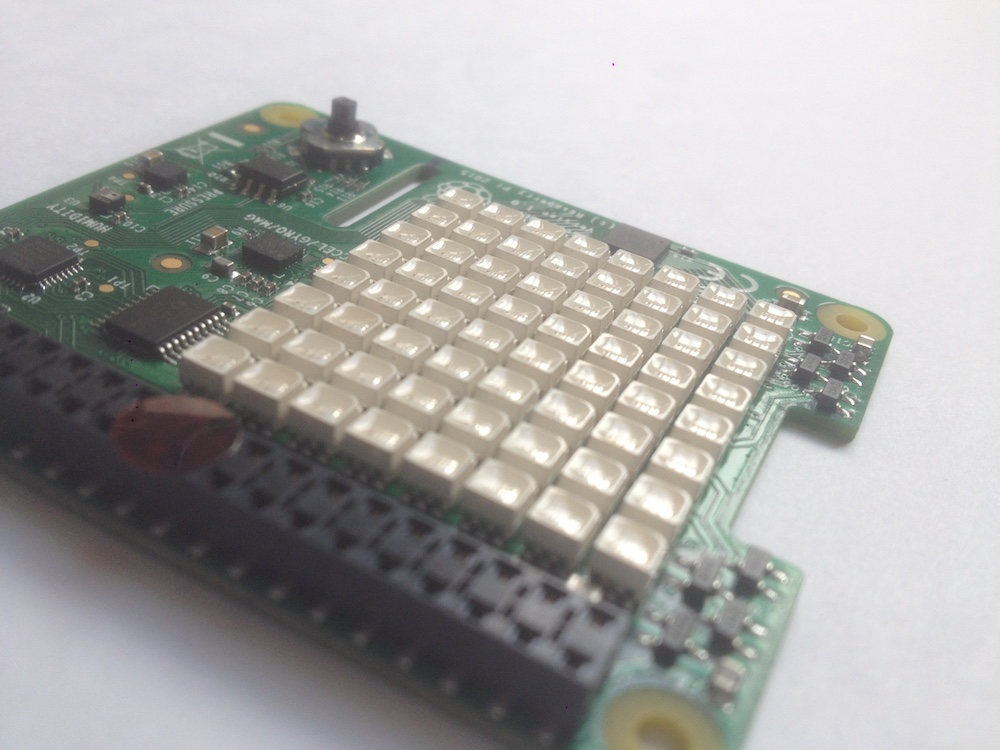 In addition to these sensors, it has an 8Ã—8 LED array that can be used to display information and a five-way rocker joystick which can be used for inputting data in Raspberry Pi.

To summarize, these are all the sensors onboard:

Let's get started using it in our project!

First, let's take stock of what needs to go into our project: 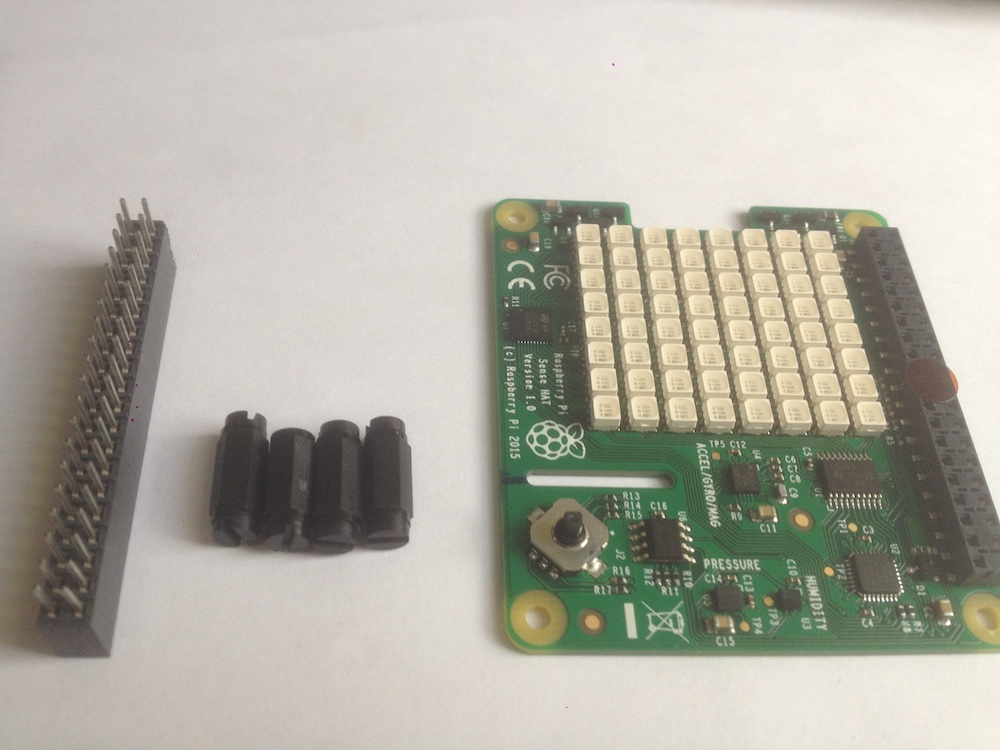 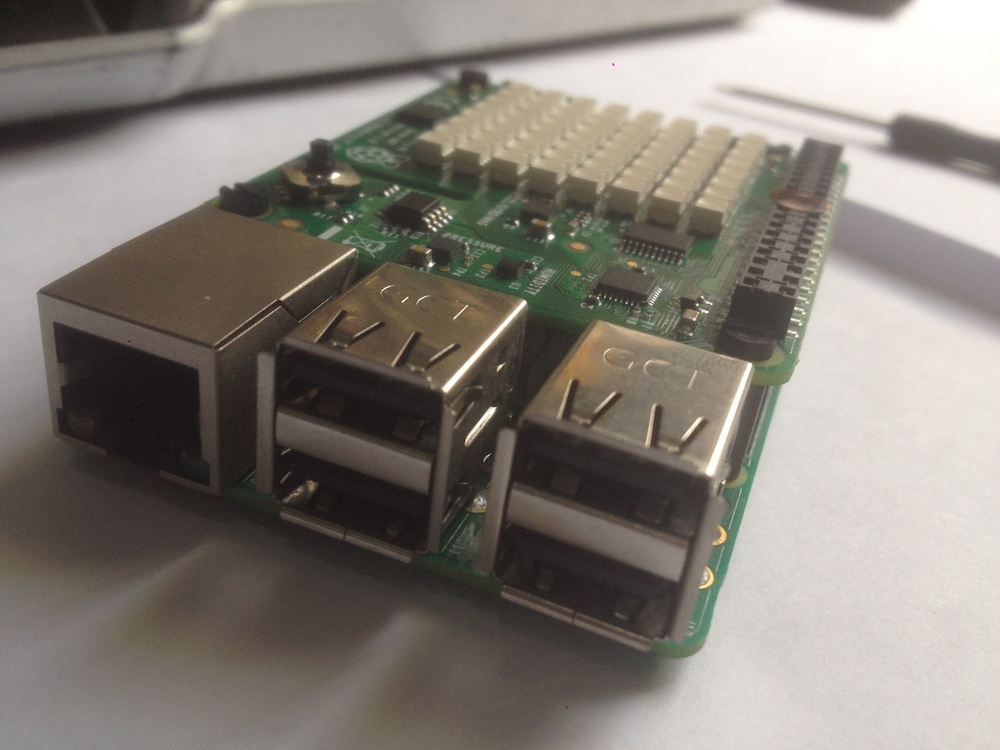 Now we can start assembling! See the video below for a guide to this process. 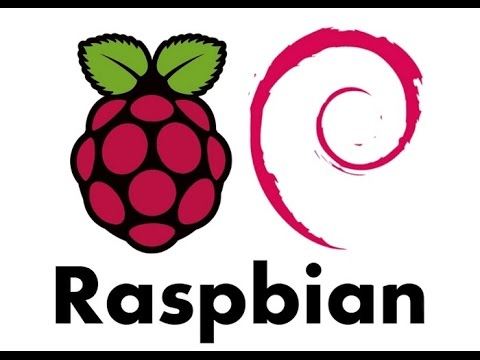 After installing the operating system for Raspberry Pi, install the Sense HAT libraries by opening a terminal window of Linux and entering the following commands below.

(*Note: Please make sure your Raspberry Pi is connected to the internet.)

After installing the libraries, test it by entering the following Python script inside the text editor and saving it as .py file.

Next, run the script in terminal by entering python filename.pyi 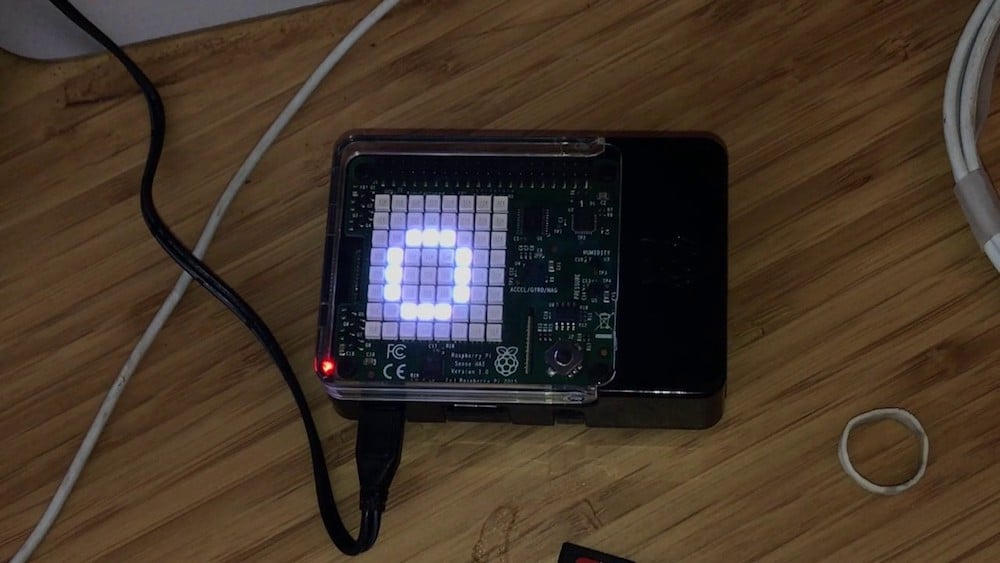 When you run this program, it will display â€œHello worldâ€. This means your Sense Hat is working fine with your Raspberry Pi.

We will use the Python script I wrote to collect the data from all the sensors. This reader will collect all the information and display it in an 8Ã—8 RGB LED matrix or send it to the internet.

You can use the above script to export data to Google Spreadsheets. Now to be able to access Google spreadsheets from this script, you have to set up OAuth app with Google and create a JSON file. Learn about it here:

You need to store the generated JSON file in the Astro.py folder.

Next thing you need to do is open the OAuth JSON file and look for "client_email." It should look like this:

Next, go to File --> Share ... menu item to share a spreadsheet with read and write privileges to the above email address. Please make sure to share your spreadsheetâ€”otherwise, you will not be able to update the script! 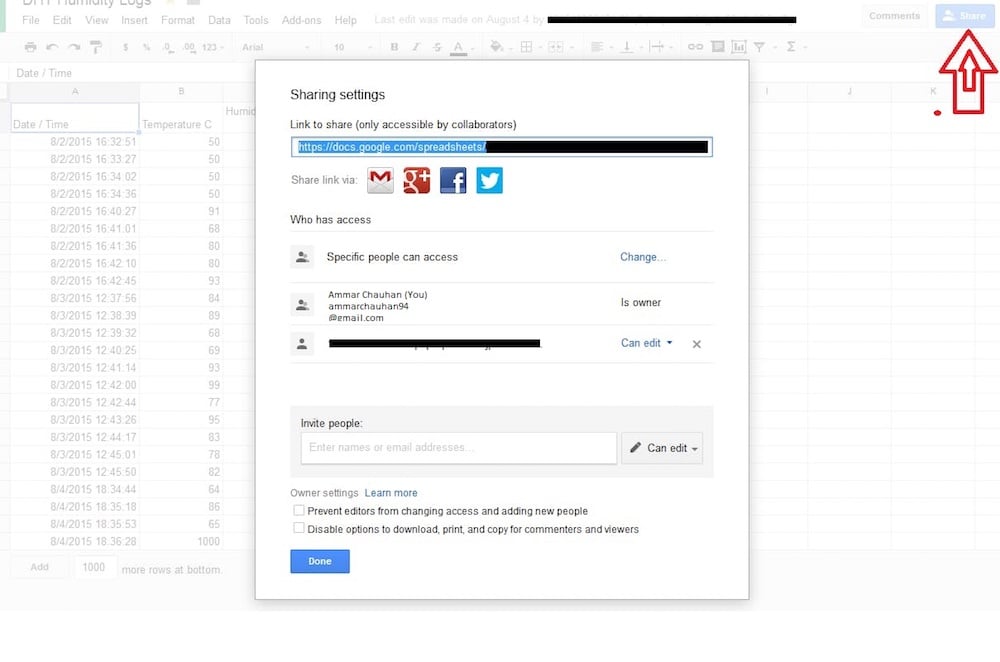 Next, open the MiniWeatherStation.py file and edit it:

Replace the GDOCS_OOAUTH_JSON value with the name of the JSON file that you downloaded. Set GDOCS_SPREADSHEET_NAME as the name of your worksheet and save. Now, enter in the terminal:

If all your information is correct, it will start running and add a line to your spreadsheet every 30 seconds: 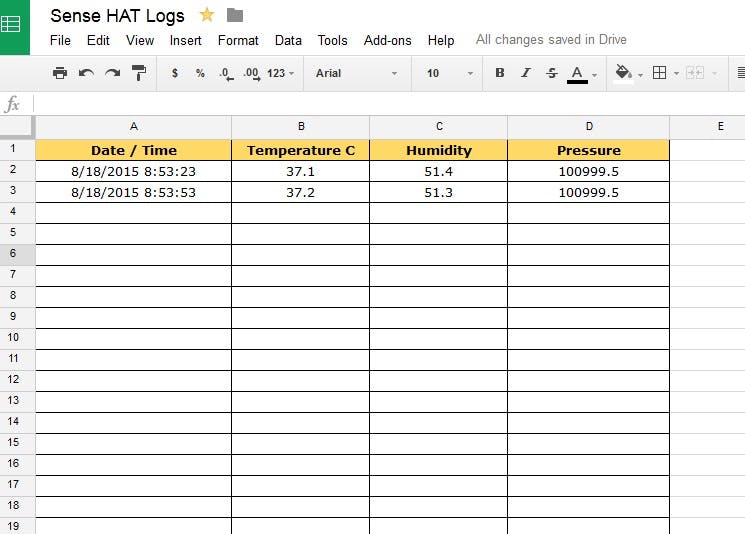 Congratulations! You can now send your data to Google Spreadsheets. If you want to store all your data in Google Drive, you can run it as a service.

How to Clean Up Your Spreadsheet

Tip: If the data starts at line 1000, follow the instructions below: 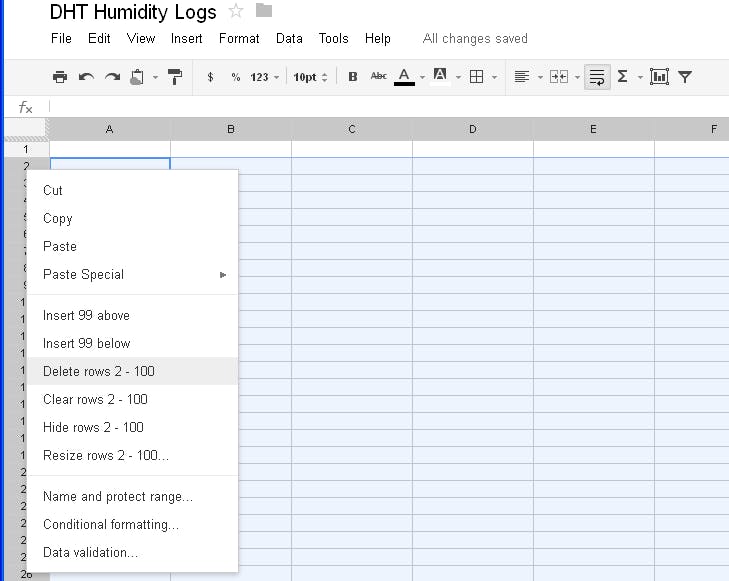 Thanks for checking out my project! Try forking this article so you can make your own version.