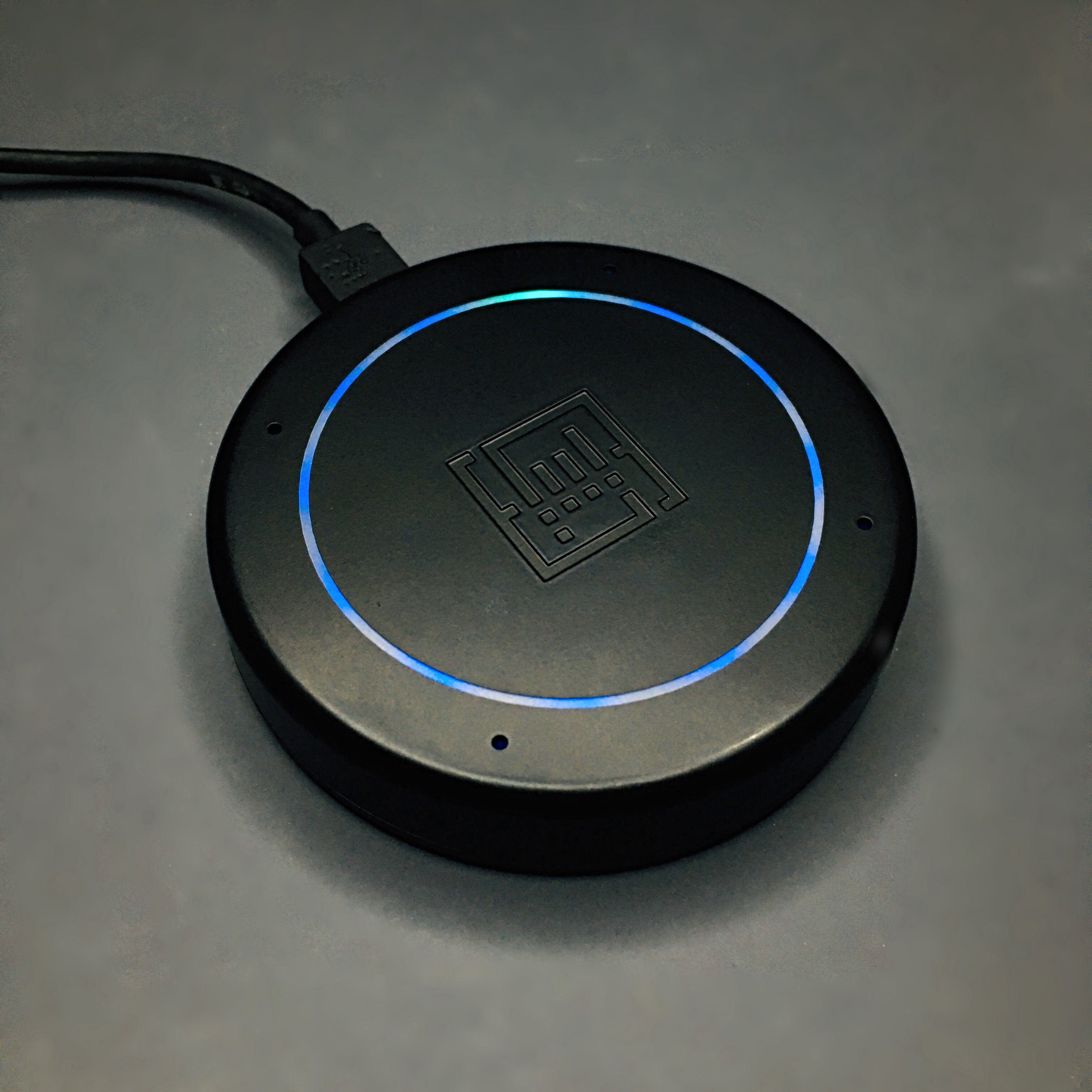 In this guide, we will see how speech recognition can be done using Python, Google's Speech API, and ReSpeaker USB Mic.

In this guide, we will see how the speech recognition can be done using Python, Google's Speech API and ReSpeaker USB Mic from Seeed Studio

Speech Recognition is a part of Natural Language Processing which is a subfield of Artificial Intelligence. To put it simply, speech recognition is the ability of a computer software to identify words and phrases in spoken language and convert them to human readable text. It is used in several applications such as voice assistant systems, home automation, voice based chatbots, voice interacting robot, artificial intelligence and etc.

There are different APIs(Application Programming Interface) for recognizing speech. They offer services either free or paid. These are:

The ReSpeaker USB Mic is a quad-microphone device designed for AI and voice applications, which was developed by Seeed Studio. It has 4 high performance, built-in omnidirectional microphones designed to pick up your voice from anywhere in the room and 12 programmable RGB LED indicators. The ReSpeaker USB mic supports Linux, macOS, and Windows operating systems. Details can be found here. 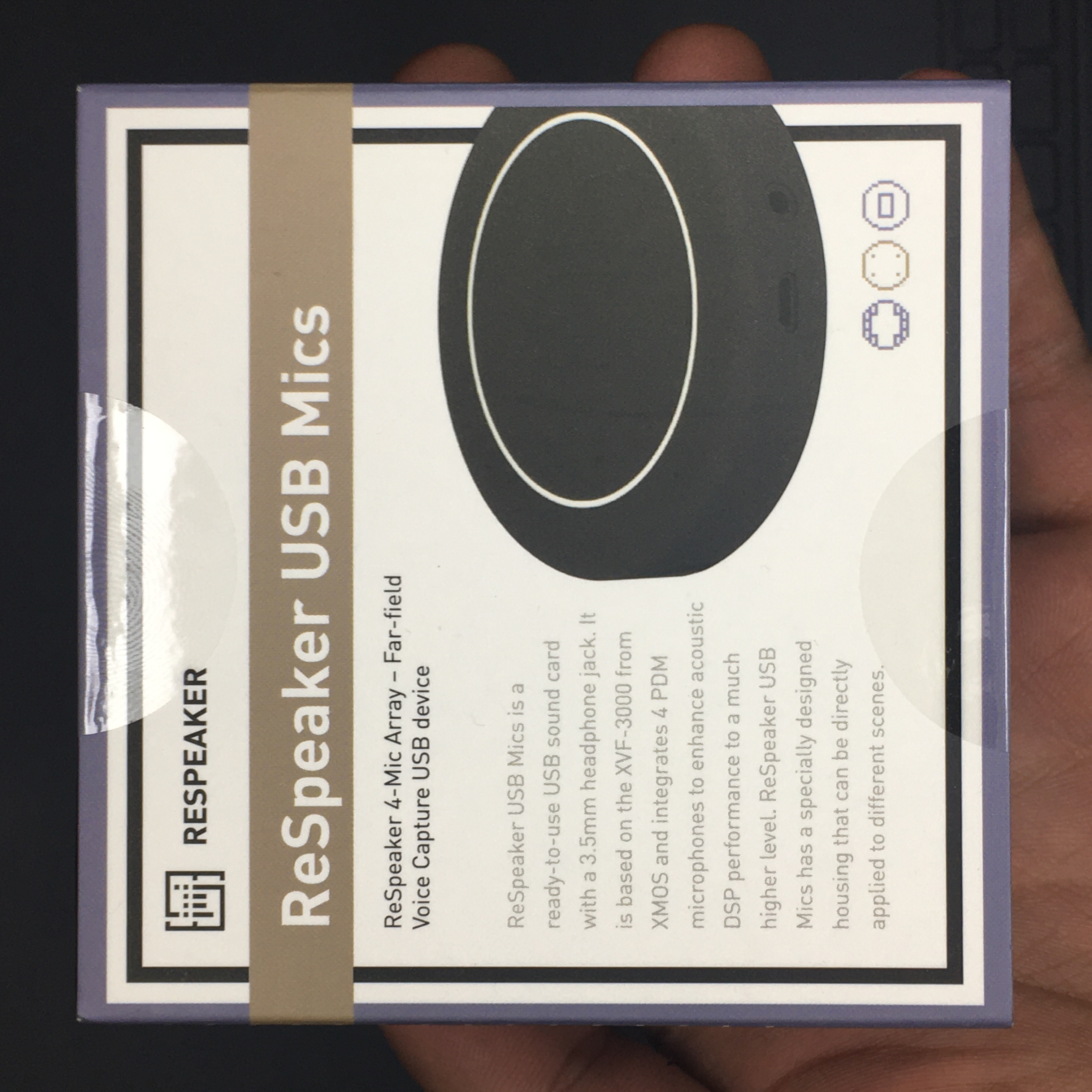 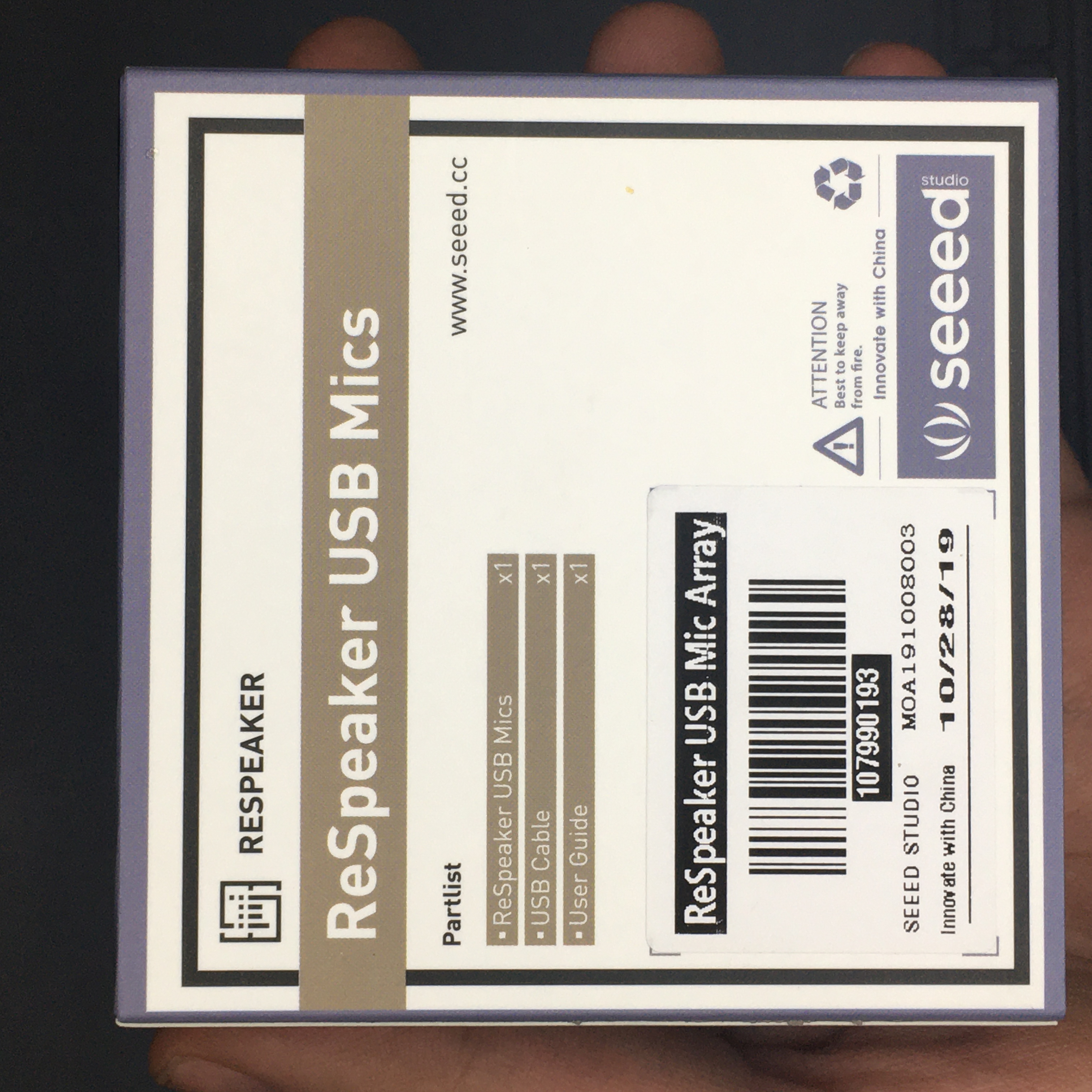 The ReSpeaker USB Mic comes in a nice package containing the following items: 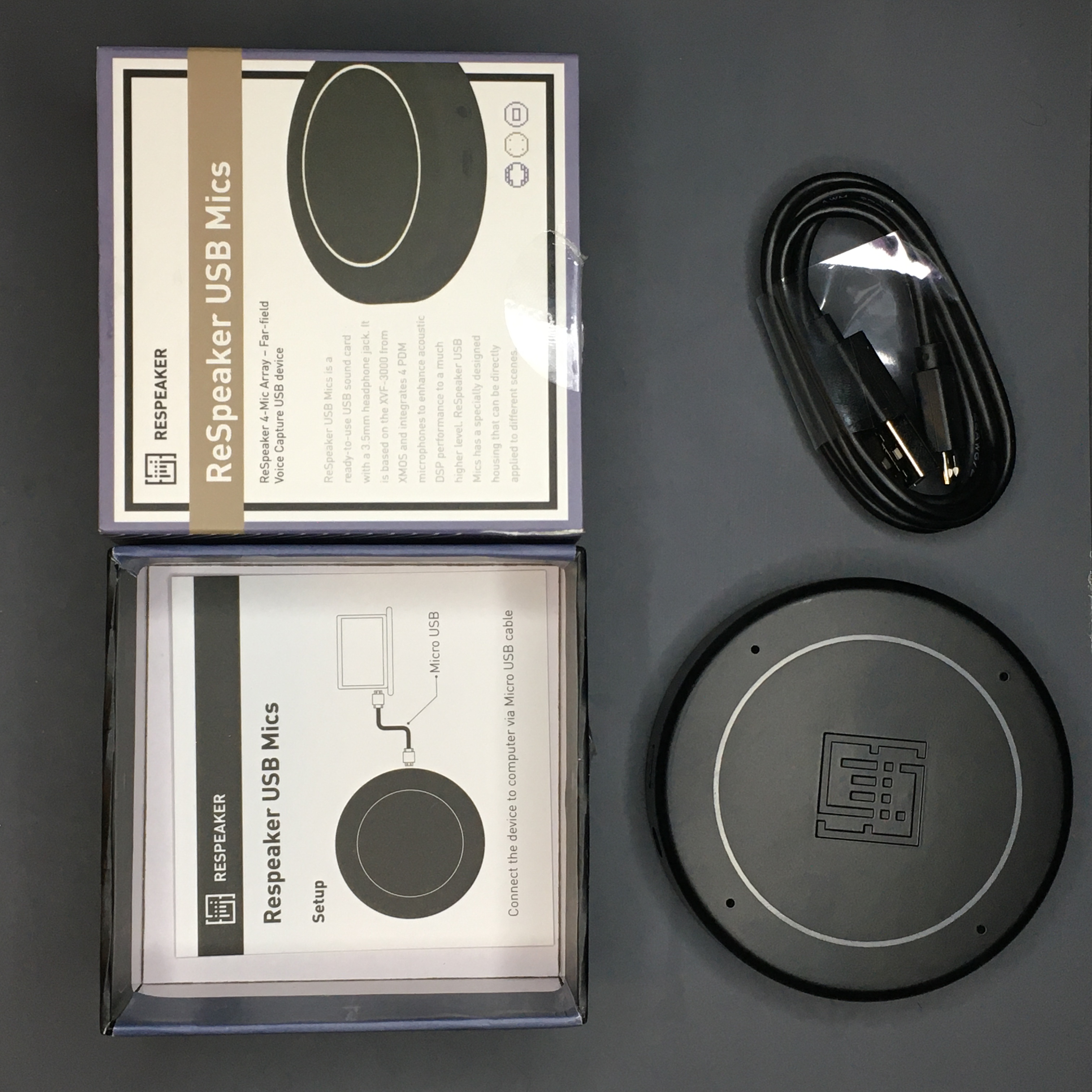 So we're ready to get started.

For this tutorial, Iâ€™ll assume you are using Python 3.x.

For macOS, first you will need to install PortAudio with Homebrew, and then install PyAudio with pip3:

For Linux, you can install PyAudio with apt:

For Windows, you can install PyAudio with pip:

Paste on get_index.py below code snippet:

In my case, command gives following output to screen :

Change device_index to index number as per your choice in below code snippet.

In my case, command gives following output to screen :

Device index was chosen 1 due to ReSpeaker 4 Mic Array will be as a main source.

Text-to-speech in Python With pyttsx3 Library

There are several APIs available to convert text to speech in python. One of such APIs is the pyttsx3, which is the best available text-to-speech package in my opinion. This package works in Windows, Mac, and Linux. Check the official documentation to see how this is done.

Use pip to install the package.

If you are in Windows, you will need an additional package, pypiwin32 which it will need to access the native Windows speech API.

Below is the code snippet for text to speech using pyttsx3 :

Putting It All Together

The below code is responsible for recognising human speech using Google Speech Recognition, and converting the text into speech using pyttsx3 library.

It prints output on terminal. Also, it will be converted into speech as well.

I hope you now have better understanding of how speech recognition works in general and most importantly, how to implement that using Google Speech Recognition API with Python.

If you have any questions or feedback? Leave a comment below. Stay tuned!