How to Create a 4G Hotspot With Raspberry Pi

How to Create a 4G Hotspot With Raspberry Pi 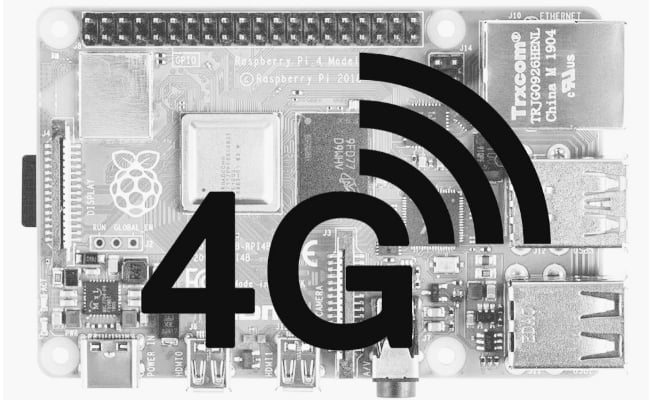 Learn how you can create a 4G hotspot using a Raspberry Pi and a wireless modem without sacrificing your Ethernet port!

I previously discussed several different methods for getting your Raspberry Pi online on-the-go. One of the methods I covered was to use a smartphone to create a hotspot that the Pi can connect to.

In this article, Iâ€™ll discuss how the Raspberry Pi can be set up to act as the hotspot so that other devices can use it to connect to a cellular or Ethernet network. 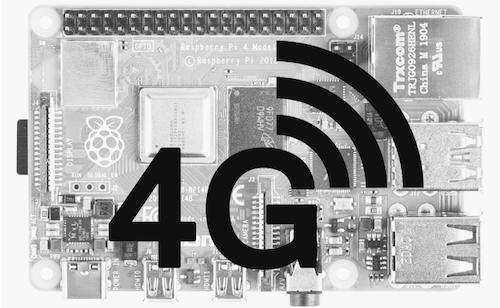 You can use your Raspberry Pi to create a 4G hotspot!

Before you begin, decide which network adapter you want to make accessible via the Raspberry Piâ€™s Wi-Fi adapter. In my case, thatâ€™ll be a 3G cellular modem connected via USB.

When you use a cellular adapter, make sure that itâ€™s set up correctly and that itâ€™s working.

Take Note of the Adapter Values

On your Raspberry Pi, execute the following command to list the available network interfaces:

Once you type in the command you should see something like this:

Keep in mind that this is only an example, and I used eth1 as described above.

Youâ€™ll need to install a couple of small applications for this to work. Before doing that make sure to run the update command:

hostapd is a user space daemon for access point and authentication servers. The bridge-utils will make your life much easier when configuring the networking bridge.

The access point daemon automatically starts when it is installed. However, we need to configure it first. Therefore, you need to turn it off manually:

A networking bridge simply connects two or more virtual or real networking devices. In this project, I set up a single bridge that connects eth1 and wlan0 so that that internet connection of eth1 can be shared over the Piâ€™s Wi-Fi adapter.

To make eth1 sharable, you first have to edit the DHCP daemonâ€™s config file so that eth1 and wlan0 donâ€™t get an address assigned automatically:

In the file, add the following two lines to the end of the file:

Next, you need to create a new bridge by typing:

Where br0 is the name of the new bridge. Next, you need to specify which adapters you want to bridge:

In this case, itâ€™s only one adapter on br0. The addif command will make eth1 a port of the bridge, which means that all frames received on eth1 will be treated as if they were destined for the bridge.

Next, weâ€™ll have to define and configure the new bridge. Create a new file in:

and add the following lines to it:

In the second file, make sure to use the IP-Address that you wrote down earlier. I used the address of the eth1 interface.

Also, make sure to change the gateway to the correct address. You can use a public DNS server, like I did, or get the correct one from your ISP.

Once thatâ€™s done, restart the daemon:

Next, we have to configure the access point itself.

In this config file, you can change the SSID and the password of the network, that the Raspberry Pi will create. This file also states which adapter the bridge should use as the other end.

And add the following lines to it:

Once thatâ€™s done, you can use your phone to verify that you can establish a connection and browse the Internet.

In this example, I shared a 3G cellular connection via the Piâ€™s Wi-Fi adapter. That effectively created a 3G wireless hotspot similar to the one you can create with any modern smartphone.

If you are interested in more information regarding networks, take a look at the following web resources: