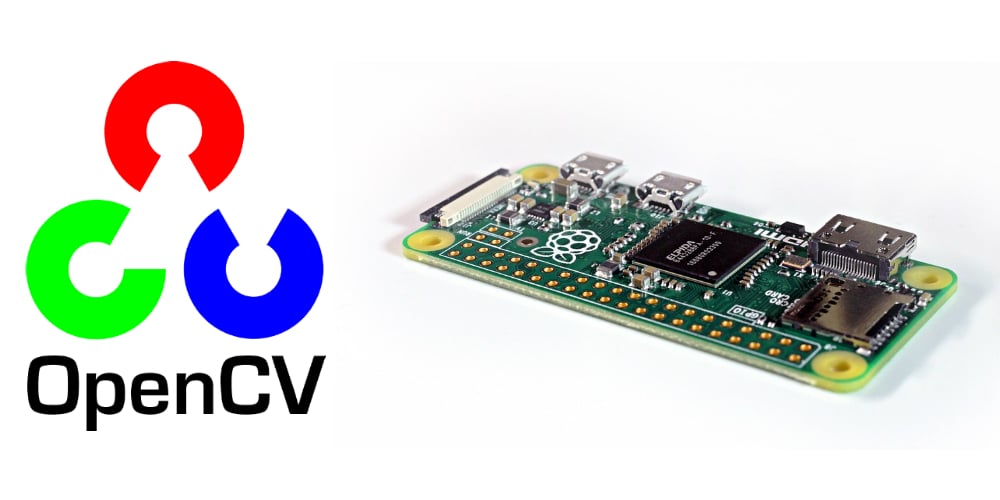 Learn how you can use the open-source library OpenCV with a Raspberry Pi to create face and object detection!

Updated to work on Raspbian Buster and tested with Raspberry pi 3, 3B+ and 4.

This article will show you how to install OpenCV and other libraries on Raspberry Pi that will come in handy when doing face detection and other projects. After installing libraries, we will do a simple project in which we will detect faces from an image. From there, you can move on to other projects like facial recognition door lock using Raspberry Pi.

OpenCV is an open source computer vision and machine learning software library. OpenCV is released under a BSD license making it free for both academic and commercial use. It has C++, Python, and Java interfaces and supports Windows, Linux, Mac OS, iOS, and Android.

OpenCV was designed for computational efficiency and a strong focus on real-time applications.

How to Install OpenCV on a Raspberry Pi

First we need to make sure that Raspberry pi is up to date. Type the following command to update your Raspberry Pi.

Then type the following command in the terminal to get the dependencies required for installing OpenCV on your Raspberry Pi.

After those steps, OpenCV should be installed. Let's test our work!

To check whether OpenCV is correctly installed or not, try importing OpenCV by typing:

If no errors are shown, your installation was successful!

To know which version of OpenCV you have, type the following command:

This message tells you which version on OpenCV you installed on your Raspberry Pi.

There are also other libraries to install that will come in handy when you do object detection and other projects, so I highly recommend you to also install these.

The first library is NumPy â€” a library that makes array operations in Python easy to perform. Install NumPy by typing the following command:

The second library is Matplotlib. Matplotlib is a Python plotting library that produces publication quality figures in a variety of hard copy formats and interactive environments across platforms. Install Matplotlib by typing the following command:

Let's start by writing the code that will detect faces in the images it receives. For this, you need a cascade file.

Type following command to get the cascade file.

Then we need an image on which we want to perform face detection. Get the image by typing following command or enter the name of image on line 8.

Now run the following code and it will perform face detection on the given image.

After running the code, it will draw rectangles around the faces as shown in the picture below. 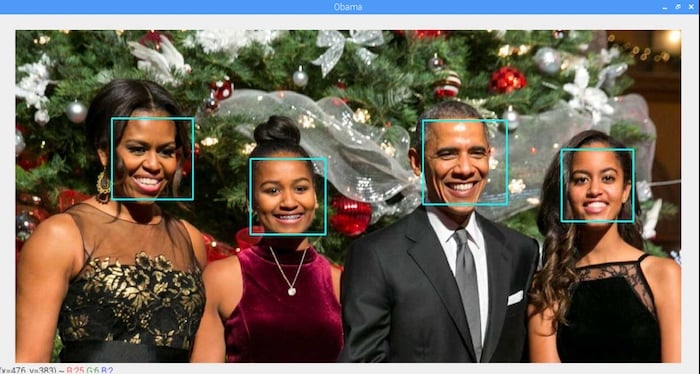 After running the code, rectangles will appear around all detected faces.