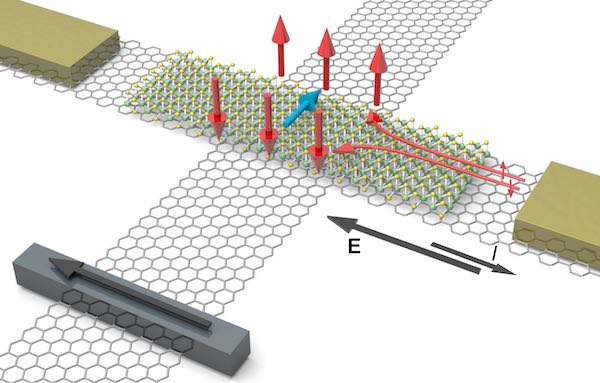 Published in Nature Materials in early January, a recent discovery by Spanish researchers suggests that graphene-based heterostructures of the van der Waals class could be used to design ultra-compact and low-energy electronic devices.

The paper, which was the result of a research project led by ICREA Professor Sergio O. Valenzuela, head of the ICN2 Physics and Engineering of Nanodevices Group, suggests that it is possible to perform an efficient and turnable spin-charge conversion in these graphene-based heterostructures, even at room temperature.

This research by the Spanish team has been developed within the Graphene Flagship, a European project where researchers of the Catalan Institute of Nanoscience and Nanotechnology (ICN2), at the Universitat AutÃ²noma de Barcelona campus, play a leadership role.

Spintronics (spin transport electronics) is the study of the intrinsic spin of the electron and its associated magnetic moment, in addition to its electronic charge, in solid-state devices. Today, it is one of the most widely researched areas of technology worldwide.

Some of the more notable applications of spintronics technology include the reduction of industrial energy consumption, improving the efficiency of solar energy plants and wind generators, batteries, the development of electric vehicles, and more efficient lighting. It is a green technology that reduces the amount of required energy in a given application, which in turn reduces dissipation and helps electronic devices to last longer.

Although spintronics is still very much an area of research where much more progress needs to be made before it can be applied to electronic devices as we know them, new developments are being made all the time. More recently, researchers found a way to turn heat into useful energy using spintronics, and this could create more efficient energy generation from waste heat emitted during industrial processes or from car exhausts. 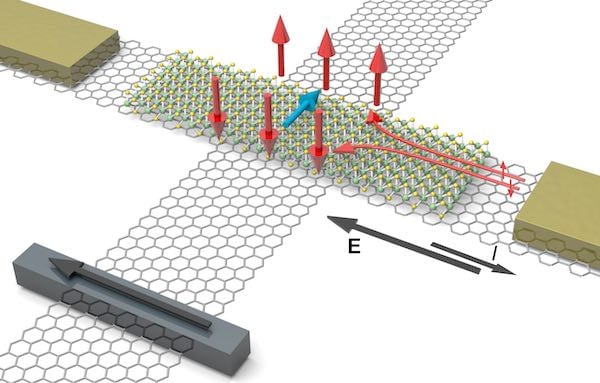 Where Graphene Comes In

The research teamâ€™s work demonstrates that this spin transport can be manipulated in graphene by proximity effects. These are induced using transition metal dichalcogenides, which are atomically thin semiconductors. Researchers have demonstrated good efficiency of spin-charge interconversion at room temperature, and this is comparable to the best performance of traditional materials.

For spintronics, the outcome of this joint effort between the Spanish researchers and the Graphene Foundation is of great significance for the communities of spintronics and two-dimensional materials. They provide relevant information on the underlying physics of the phenomena involved, opening the door to potential new applications.