Smart clothing may already be here, but it will take a while before the average person is reading their heart rate statistics through the very fibres of their jumper. For now, let’s discuss the components and engineering considerations involved that, once mastered, could eventually commercialise this latest breakthrough in wearable tech.

Smart clothing is the name for garments whose fibres are embedded with electronics, in the interest of providing such capabilities as data feedback, wireless connectivity, and power provisionâ€”with the ability to display the wearerâ€™s medical readings, enable data syncing over Bluetooth, and allow the user to charge their phone through their garments, being just three of the countless possibilities.

Accordingly, to consider what needs to go into the development of successful smart clothing (SC), a key matter concerns what engineers need to accomplish regarding such a breakthrough. At its crux, SC needs to cover three basic requirementsâ€”namely, it needs to be:

Therefore, smart clothing must 1) be comprised of a flexible-electronics-friendly material; 2) essentially be an HMI, i.e. the clothing should offer an interactive display function for the information it collates; and 3) ideally have a (practically) self-powering system in place (especially for convenience), particularly one that relies on the wearerâ€™s movements to function.

Respectively, therefore, letâ€™s focus on the implementation of fibre-embedded graphene, which covers the first and second criteria, before ultimately considering point 3.

Naturally, for electronics engineers to seamlessly embed technology into the fibres of consumer clothing, flexible electronics are a key area for the experts to focus on.

This calls for graphene, which (as covered here on EP before), is just one-atom thick. By being so lightweight, therefore, the unique carbon is well-suited to a smart clothing wearerâ€™s needsâ€”which are altogether largely what everyone wearing normal clothing requires: freedom of movement.

Consider, therefore, that to be a commercial success, SC should ultimately offer no encumbrance: the abilities of even the most flexible gymnast should be accommodated by the up-and-coming technology.

Itâ€™s with such flexibility considerations in mind that the Engineering Department at the University of Exeter (UoE) has taken a typical commercial textile, polypropylene (a synthetic resin that is used for common items, such as ropes, fabrics, and moulded objects) and introduced graphene to the equation, by weaving the semimetal into clothing fabric. 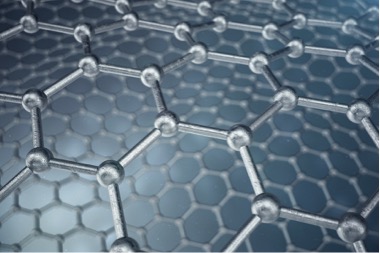 The result is that the one-atom-thin carbon electrodes are seamlessly embedded into polypropylene fibres, meaning the transparent material can serve its many HMI functions, for which the UoE engineers chiefly suggest display applications (particularly to show the wearerâ€™s medical readings), but conclude that the potential is in fact endless. Consider having GPS tracking and location services that canâ€™t be misplaced; or simply a medium to feed back any areas where the garments are damaged to further inform the protective clothing industry, and so on.

Graphene, after all, offers a milestone, not only in the effectiveness of SC, but in its robustness and comfortableness, too. â€œThe key,â€ says UoE engineering lecturer, Dr Ana Neves, â€œis that the textile fibres are flexible, comfortable and light, while being durable enough to cope with the demands of modern life.â€

Without exploiting flexible electronics at large, the only way to power intelligent textiles is through a somewhat awkward external battery; and so, another example of SC becoming more practical is in its ability to be powered by its wearer: a feat that is now being progressively exploited by engineers, particularly those focused on university research. 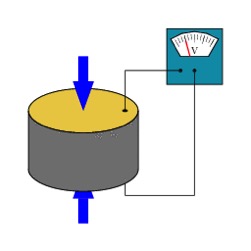 A diagram of a piezoelectric plate providing an electric charge: its compression increases the reading on its connected voltage meter. Image courtesy of Tizeff, via Wikimedia Commons.

While piezoelectricity has been familiar to engineers for over a century, its application (particularly explored by university engineering departments) in SC is one place where such an energy harvesting method is coming into its own all the more. In the context of smart textiles, a successful piezoelectric device is one that proves both a vibration energy harvester (VEH) and a transducerâ€”namely one that converts pressure through body movements, i.e. a mechanical strain, into the electrical signal required to power the functions of the SC in question (be they data and/or power-oriented, or anything in-between).

Known as â€˜the piezoelectric effectâ€™, the above is achieved through the compression of a piezoelectric crystal (such as quartz), whose combination of positive and negative atoms are effectively forced to no longer cancel each other out, leading to a mechanically-generated charge (a process detailed here).

Authorities on piezoelectric energy harvesting and other related topics (experts such as the University of Chalmersâ€™ Swedish engineering researchers in the open-access journal, Flexible Electronics) credit polyvinylidene fluoride (PVDF) as the leading piezoelectric material. This is due to its low weight and high flexibility: ideal efficiencies that combined can result in up to an 11% electromechanical coupling coefficient.

Itâ€™s with this in mind that the Chalmers engineers and other scientists used PVDF, alongside other piezoelectric materials (which were formed of melt-spun microfibres), to constitute both a protective and electromechanics-friendly surface. Namely, a surface that surrounded a commercial conductive core (one example of which being a polyamide yarn). Ultimately therefore, the PVDF-based, outward layer gathers the required power through pressure, and the conductive core sits safely underneath it, ready to carry the resultant electric current.

The materials, and by extension the process itself, were contained in textile bands that were then lined inside a laptop strap (hopefully to be replaced by more common clothing one day!). The bands were then tested, which produced results that showed several volts of output for a less-than-1% strain: a process that has already successfully powered an LED, a calculator, and even facilitated a wireless signal transmission.

Whatâ€™s even more promising is that the seamless implementation of conductive yarn and its surrounding, water-resistant PVDF-based piezoelectric circuitry shows that the future of smart clothing does not have to be halted by harsh weather conditions; in fact, the conductivity of rainwater, and the weight-induced pressure that comes with wetted fibres, will even enhance it and further inform the smart textiles industry. â€œGratifyingly, the robust and wear-resistant nature of these fibres allows us to exploit traditional manufacturing routes,â€ write the Chalmers researchers.

Where Do These Breakthroughs Leave Us Now?

With smart clothing currently being defined by invisibly-small graphene circuitry for seamless in-fibre HMI displays, and electromechanics so well-implemented that even a stroll through a rainy day can reward an intelligent textiles wearer with energy to power their tech, thereâ€™s no denying that the requirements mentioned earlier are being seen to.

Itâ€™s with this in view, that it takes no stretch of the imagination to envision the smart clothing industry taking off in the foreseeable future.