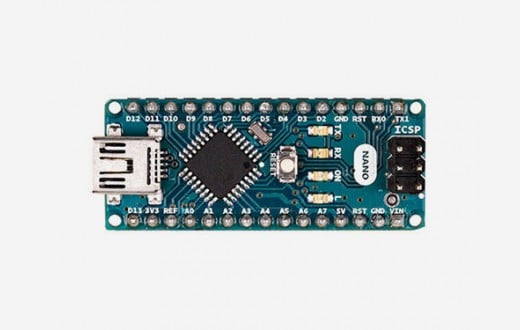 With the release of the Arduino Nano 33 BLE boards, learn how to configure its new Mbed RTOS with this guide!

The new Arduino Nano 33 BLE development boards come with a different core thatâ€™s based on the Mbed real-time OS, allowing access to the many features of the RTOS and its functions in your Arduino sketches.

In this article, Iâ€™ll discuss the steps needed to get started with real-time programming on your Arduino and give you a few examples to get you up and running in no time.

Thankfully, the Arduino engineers decided to keep all the features from the old Arduino core. That means that you can still use the classic Arduino IDE and program your new Arduino Nano like you always have.

To get started, connect the Arduino to your computer. The necessary drivers should be automatically installed. Once thatâ€™s done, open the Arduino IDE and navigate to â€œToolsâ€, then â€œBoardsâ€ and choose the â€œBoards Managerâ€. A new window will appear. In it, search for â€œArduino Nano 33 BLEâ€ and install the following package: 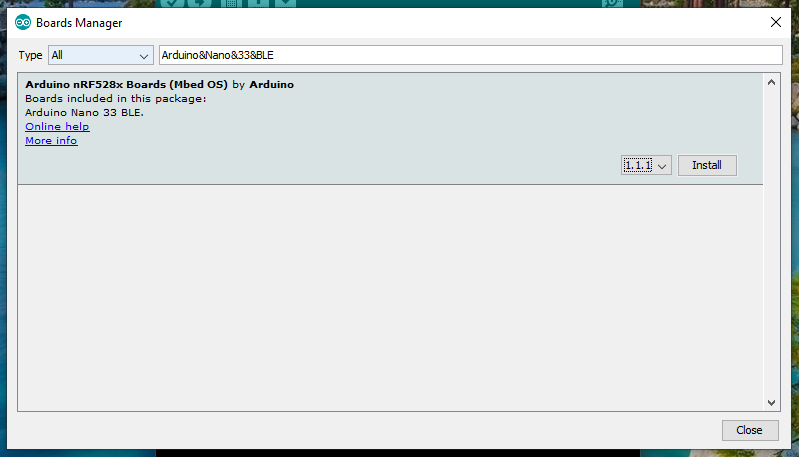 Install the package for your Arduino Nano 33 BLE.

Then, choose the newly installed board from the boards menu:

Choose your Nano 33 BLE from the Tools dropdown menu.

Letâ€™s start with a simple application thatâ€™ll help us to determine whether the Mbed libraries were properly installed and are functioning as intended. The following code will simply output a square wave signal on the D5 pin of the Arduino Nano 33 BLE:

As you can see, you can easily mix old Arduino functions with the new Mbed methods. The code doesnâ€™t look like a lot, but if youâ€™re able to compile and upload it to your Arduino, youâ€™re ready to go. Itâ€™s also worth noting that, unlike the standard Arduino delay, the Mbed wait functions try to put the Arduino into a low-power mode.

The MBed API and Available Features

As I previously mentioned, you can access many features of the Mbed OS. Unfortunately, I was unable to find an official source that states what features are available.

If you take a look at the MBed API, youâ€™ll find a few device-specific APIs (for example, storage and NFC). I think itâ€™s obvious that those wonâ€™t work.

However, the platform and RTOS features are implemented and the USB, Drivers, and Bluetooth BLE libraries should work as well, but I havenâ€™t tested them. But as stated above, you can mix the MBed features with the classic Arduino calls so it shouldnâ€™t be hard to find a solution.

The following example uses the CircularBuffer from the MBed platform API:

The program simply writes ten values to a ring buffer and then prints the stored values.

Now letâ€™s take a look at the main feature of the new core: multi-threaded Arduino sketches. You can use the RTOS namespace to create, synchronize, and manage threads. The following example will spawn two threads that will modify a shared buffer. The synchronization is done by a semaphore.

The main thread will then read the buffer and print its contents to the console if itâ€™s not empty:

The writeBuffer method is executed by the two child-threads and, once started, will run forever. Each thread asks the semaphore for permission to write to the buffer before modifying it. If no other thread is using it, the access is granted and the thread writes its name to the buffer.

In the setup function, two child-threads are created and started. The loop method represents the third thread which will read the contents from the buffer and print it to the console:

As you can see, each name gets printed correctly and nothing gets overwritten by another thread. You can also observe that Bill appears more often. Thatâ€™s perfectly normal as this is not handled by our application.

However, the RTOS namespace offers many more locking mechanisms that can be used to overcome this problem.

The new Arduino Core offers many useful additions to the well-established platform, especially when it comes to multithreading and concurrent access control for shared resources. However, due to the nature of parallel computing, these features can be complicated to work with.