You may have already heard about the two new Arduino development boards â€” the Arduino Nano BLE and BLE Sense â€” that were announced in late July. While Arduino boards that offer out-of-the-box Bluetooth connectivity are nothing new, these two new devices have the potential to significantly reduce the complexity of your projects. Letâ€™s take a look!

Both new boards, the Nano 33 BLE and the more expensive Nano 33 BLE Sense, are powered by an nRF52840 microcontroller (PDF) with a clock speed of 64 MHz. They both offer one megabyte of flash memory and 256KB RAM. Furthermore, both boards have onboard Bluetooth 5.0 support, which is managed by a NINA B306 module (PDF). 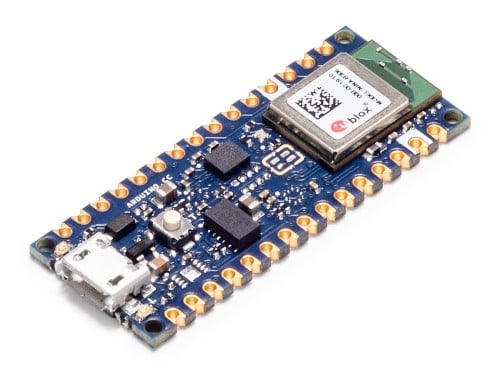 From these initial specs, it seems like thereâ€™s nothing new and exciting about these boards, right? Well, if you examine them a little closer, youâ€™ll find that both boards have a built-in nine-axis tilt-sensor. This sensor module contains a 3D digital linear acceleration sensor, a 3D digital angular rate sensor, and a 3D digital magnetic sensor.

In addition to the LSM9DS1 sensor, the more expensive Nano 33 BLE Sense comes with a wide array of different sensors for measuring temperature and barometric pressure, relative humidity, digital proximity, ambient light, and color. It also has a gesture sensor and a built-in microphone. 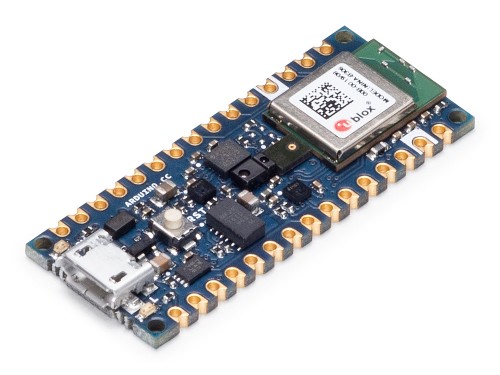 These built-in sensors are what separate these boards from other Arduinos. With everything built-in, thereâ€™s a great potential to reduce the overall complexity, size, and cost of your projects.

Compatibility With Other Arduino Boards

The new boards have the same physical size as the well-known Arduino Nano and the two 13-Pin headers are pin-to-pin compatible with the original Nano board. 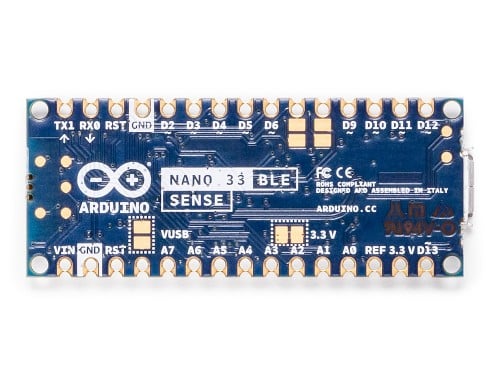 Both new boards are the same size as and pin-to-pin compatible with the original Nano. Image courtesy of Arduino.

However, itâ€™s very important to note that these two new devices will only support a maximum of 3.3V inputs and theyâ€™ll get damaged when you directly connect 5V signals. Furthermore, the 5V GPIO pin will not accept any input. Instead, itâ€™s directly connected to the 5V line of the USB plug.

What Projects Will Benefit the Most?

Regardless of which board you get, wearable and connected projects will benefit from the new devices due to the built-in motion sensor, Bluetooth support, and low power consumption.

Additionally, if you get the more expensive version, any project that uses one of the now built-in sensors will benefit. Some examples that come to mind include weather stations, home security projects, color-sensing devices, sound-sensing devices (for example clap activated projects), and battery-powered gadgets.

Another big change that came with these boards is the announcement of a new Arduino Core based on Armâ€™s Mbed OS.

Both new Arduino boards can still be programmed with the familiar Arduino IDE. However, because a different microcontroller was used, there was no official core available. Mbed OS, which is a real-time operating system, was adopted as the foundation for the new development boards. This new core is capable of running multiple threads at the same time and offers a new low-power mode as well as support for other real-time features.

This new core doesnâ€™t mean that you have to use these advanced features, which can be quite tricky on traditional systems. The standard Arduino functions will still work like with any other classic board.

However, if you want to use the new RTOS components, you can easily do so. All the Mbed infrastructure is available under the mbed:: namespace. This means that all Mbed boards are now also supported by the Arduino IDE and that Mbed developers can now utilize Arduino functions and libraries in their projects.

Time to Get Building!

These two new Arduino boards offer a wide array of impressive features and personally, Iâ€™m really looking forward to receiving mine. Making large and complex projects that rely on a lot of common sensors will be quite a bit easier and less frustrating with these boards. 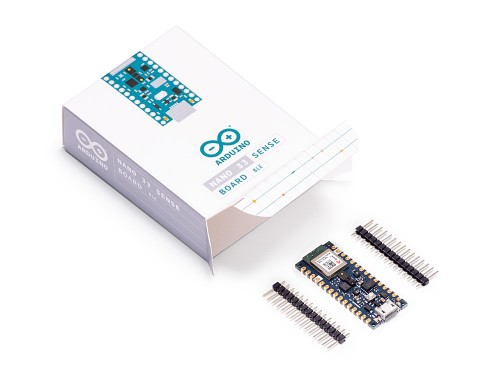 The boards come ready to go right out of the box. Image courtesy of Arduino.

At the time of this writing, both boards are still set as pre-order and the announcement states theyâ€™ll be shipping mid-August.