Let's take a look at some of the operating system options for the new Raspberry Pi 4!

So youâ€™ve decided to get the new Raspberry Pi 4 and want to optimize your operating system for a specific project. Although NOOBS and Raspbian are the Raspberry-Pi-specific OS options, maybe you're curious what other options are available.

Depending on your type of project, here are some operating systems to consider that have been popular with previous RPi boards. Please note that due to the recency of the Pi 4â€™s release, some download pages have not been updated accordingly. However, we'll be updating this article as options become available!

The day after announcing Raspberry Pi 4, the Raspberry Pi Foundation recently announced the Raspbian 'Buster' update. This update accommodates the RPi 4's new features, addresses some security issues, and also modernizes the look and feel of the Debian-Buster-based operating system.

New Raspberry Pi owners looking for an OS optimized for the Pi that retains the GUI desktop computers are known for should take a look at Ubuntu MATE. 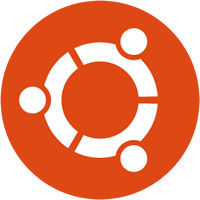 Ubuntu MATE is similar to Raspbian, though it also comes in a 64-bit version. You can work on projects with the full Ubuntu archive as reference. All of the common features supported by Raspbian are supported by MATE including Ethernet, WiFi, Bluetooth, HDMI video output, GPIO, and USB booting. If you are more familiar with Ubuntu than Debian, MATE would be a better choice than Raspbian.

Again, Ubuntu isn't available for Raspberry Pi 4 yet, but lead developer Martin Wimpress stated it's a project they're working on so definitely keep them in mind!

If you plan on using your Raspberry Pi for commercial IoT applications or just need a fast operating system, Ubuntu Core is, according to their website, â€œthe most secure embedded Linux for devices and connected things.â€

For first-timers, Ubuntu Core is not a good idea, as the installation is slightly more complex. It's also not the choice for users looking to use the Pi as a desktop computer.

Apps or projects running on Ubuntu Core run securely because of a decade of updates from the Ubuntu Kernel and Security teams. Since Core is meant for commercial projects, it could be considered bare-bones for hobbyists. It lacks a GUI and many of the useful packages in other user-friendly operating systems. However, it is more secure and will run faster. Keep an eye out for the availability of this option!

While Ubuntu Mate is geared towards hobbyist projects, Ubuntu Server is a general-purpose server OS. Like MATE, one of the attractive features of using this OS is the security behind the software. After all, if your Raspberry Pi server is compromised, your entire network could soon follow, endangering your personal and financial information.

Server supports SQL and NoSQL databases, along with many of the most popular web frameworks. This is the OS to choose if you want your Pi to host anything from weather data from your projects to your own WordPress website.

This is the official IoT OS for Universal Windows Platform developers.

There are two different versions of OS images: maker and retail. The main difference between the two is maker image files are focused on prototyping, while the retail versions are more secure.

Though the information page suggests a dashboard can help us set up our devices, it is not available for the Raspberry Pi 3B+. We will have to stick with SD cards as this will not change for the Pi 4. Use this operating system if your IoT project needs access to the Windows IoT environment, market, or dev tools.

Though the information page suggests a dashboard can help us set up our devices, it is not available for the Raspberry Pi 3B+. We will have to stick with SD cards as this will not change for the Pi 4. Use this operating system if your IoT project needs access to the Windows IoT environment, market, or dev tools.

OSMC is one of the most popular media center operating systems out there, supporting all major video file and streaming formats.

Like Raspbian, it is based on Debian, giving you access to resources for that OS if you want to modify it. Based on the open-source Kodi project, OSMC is primarily a media player and not meant for electronics projects or tinkering. It is one of the most user-friendly operating systems on this list.

An installer sets everything up in minutes, non-Linux users can feel comfortable using it, and it offers plenty of apps. Use this OS if you plan on watching HD or 4K videos frequently on your Pi.

Which OS is Best for Raspberry Pi 4?

If you still donâ€™t know which OS to choose (other than Raspbian), I suggest keeping an eye out for the rollout of Ubuntu MATE for RPi 4. It is a great general-purpose OS with a full desktop environment and a large community filled with resources. It also comes with the added bonus of being available in a 64-bit version to use the Pi to its full potential.

Of course, one of the most exciting parts of big new board release is following and speculating what operating systems, accessories, and guides come out on top.

Remember that if you pick one OS and donâ€™t like it, a new OS is just an SD card flash away!