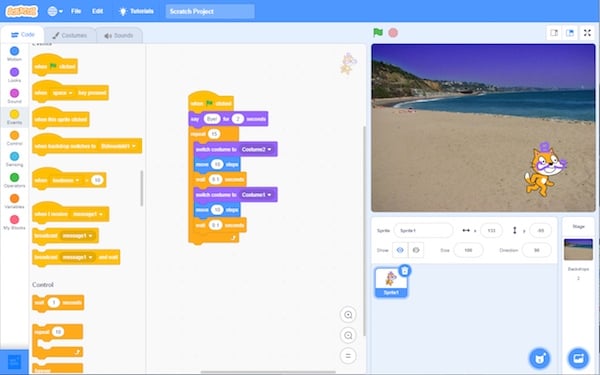 Scratch 3 is available for Raspberry Pi 4 and, for the first time, can be used offline!

Scratch 3 is a great way to teach young students the basics of programming in a fun way. And thanks to the increased processing power of the new Raspberry Pi 4, you can now use this wonderful tool offline. This article will take you through all the steps that are necessary to install the development environment onto your Pi 4.

Before you get started, make sure youâ€™re using one of the following Raspberry Pi models:

Scratch 3 will work on any of these devices. However, itâ€™s recommended that you use a Raspberry Pi 4 with at least two gigabytes of RAM. I tested the application with both the recommended model as well as an older Pi 2, and I can confirm that it doesnâ€™t run smoothly on an older system.

Create a Bootable SD Card for Your Pi 4

If your Raspberry Pi didnâ€™t come with a preconfigured SD card, youâ€™ll need to create a bootable one. For that purpose, navigate to the Raspbian download page and scroll down until you see the different versions: 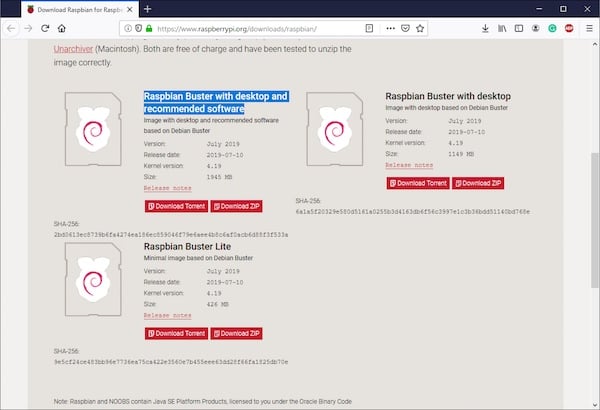 Make sure that you select the package that includes the desktop environment as well as the recommended software. While itâ€™s possible to download the lite version and install the desktop and necessary software manually, I donâ€™t recommend that method to beginners.

If you already have an SD card with an older version of Raspbian I still recommend that you flash a new memory card to make sure that everything works as intended.

Once the download finishes, use the balena etcher to transfer the files to the SD card. In the etcher application, select the image file and your SD card: 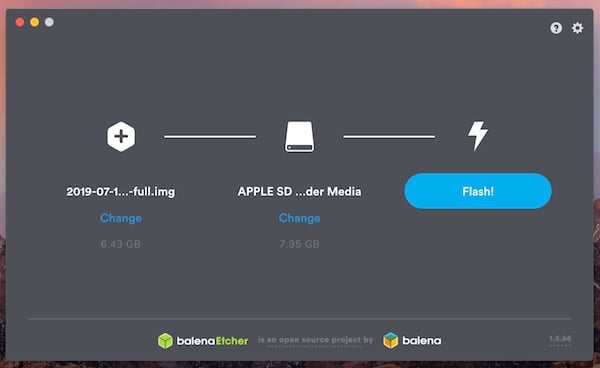 Use the balena etcher to transfer the files to the SD card.

After a few minutes, the process should be done and you can remove the memory card: 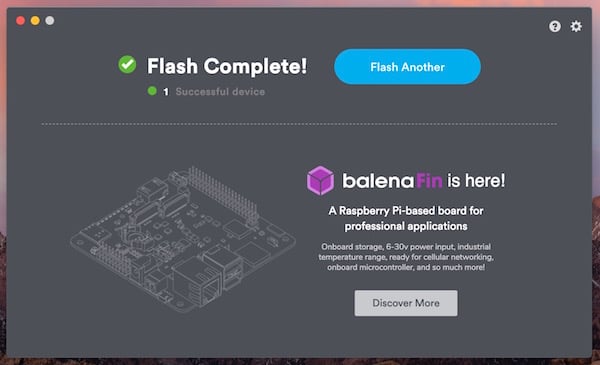 You'll see this screen when the flash successfully completes.

If you want, you can add an SSH file and a wpa_supplicant.conf file to quickly set up a Wi-Fi connection. 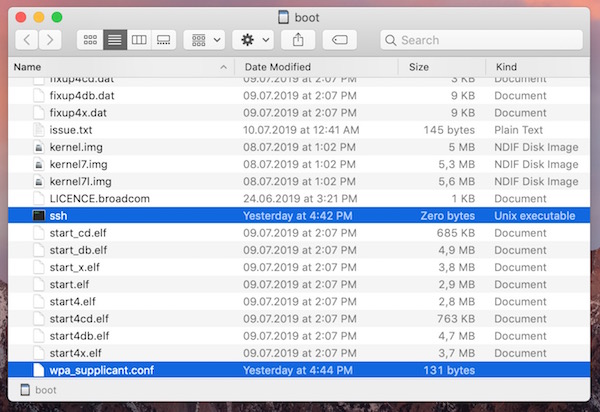 Add an SSH file to set up a Wi-Fi connection.

When you boot the Raspberry Pi, it should go straight to the desktop and greet you with a quick setup dialog: 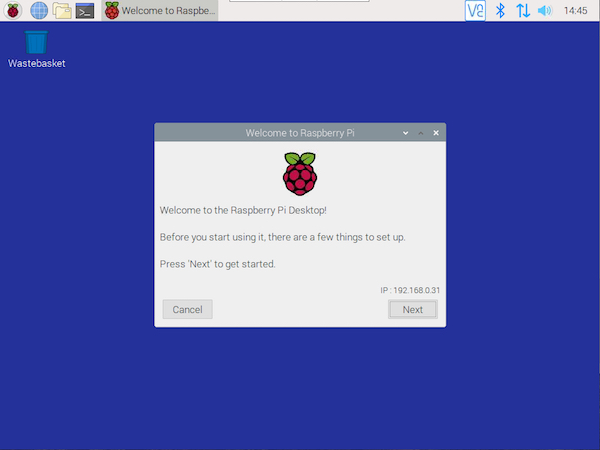 You can skip it for now and itâ€™ll reappear when you reboot the system later. To install Scratch 3, navigate to â€œPreferencesâ€ and then choose â€œAdd/Remove Softwareâ€: 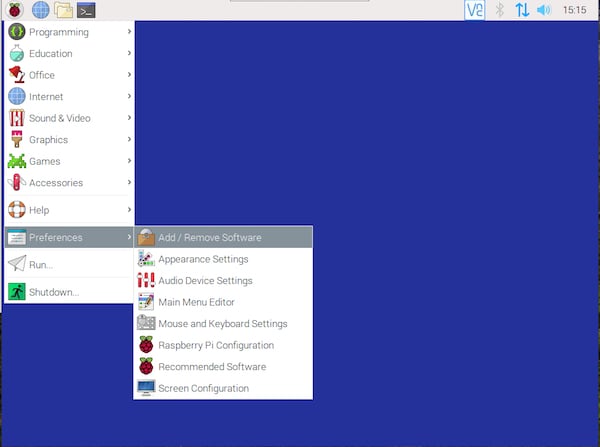 To install Scratch 3, go to “Preferences” and then choose “Add/Remove Software”.

Once a new window opens, search for â€œScratchâ€: 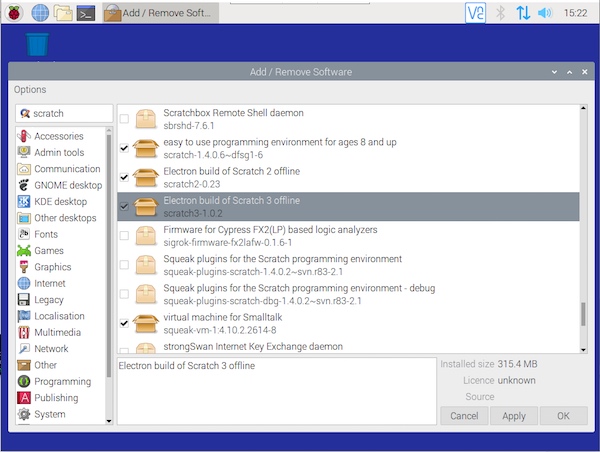 Tick the box next to the marked package and hit â€œOKâ€. Alternatively, you can also use the command line to install scratch by typing:

The app will then be installed and you can run in from the start menu: 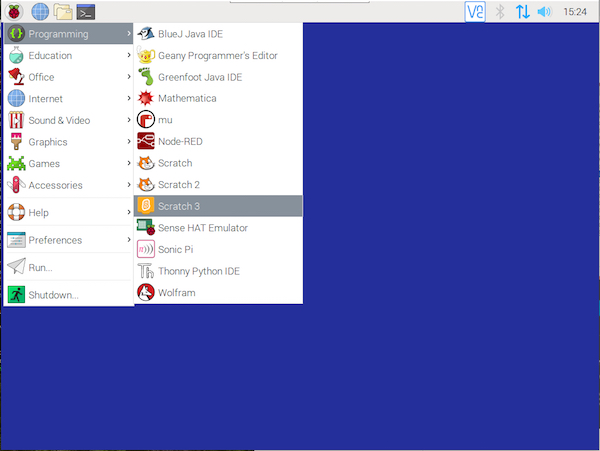 Run Scratch from the Start menu.

This version of Scratch works exactly the same as the online tool. However, it supports the use of the Raspberry Piâ€™s GPIO pins and you donâ€™t have to be online to use it.

You can choose a block from the left side of the window and drag it to the center area. Once youâ€™re done, you can execute the sequence by clicking the green flag icon: 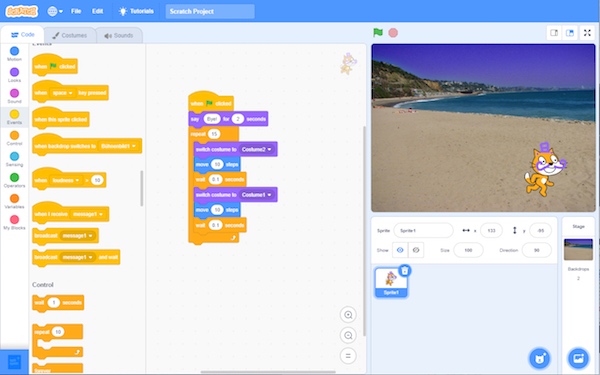 The only problem that I had with this version of Scratch 3 occurred when I tried to use it in conjunction with a VNC server. Whenever I tried to run it that way, I received the following error message: 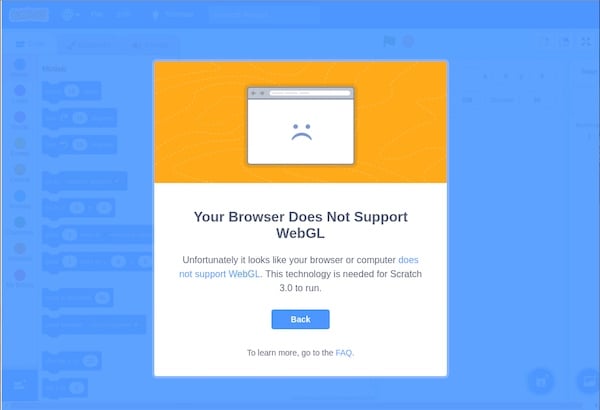 The error message I received when trying to run Scratch 3 with a VNC server.

This bug didnâ€™t occur when the Raspberry Pi was directly connected to a monitor via its HDMI output or when using the regular Scratch 3 online version.

Scratch 3 Runs Best With the Pi 4

The desktop version of Scratch 3 works perfectly fine on the newest Raspberry Pi. However, I cannot recommend using an older model because theyâ€™re way too slow to handle the app (Scratch 3 confirms this as well).

I had problems running the app together with a VNC server but it worked just fine when the Pi was directly connected to a monitor. Interestingly, the online version doesnâ€™t seem to have that problem. So if you run into this error and you have an Internet connection you can always use the online version instead.