How to Make an Arduino LED Traffic Light Controller

How to Make an Arduino LED Traffic Light Controller 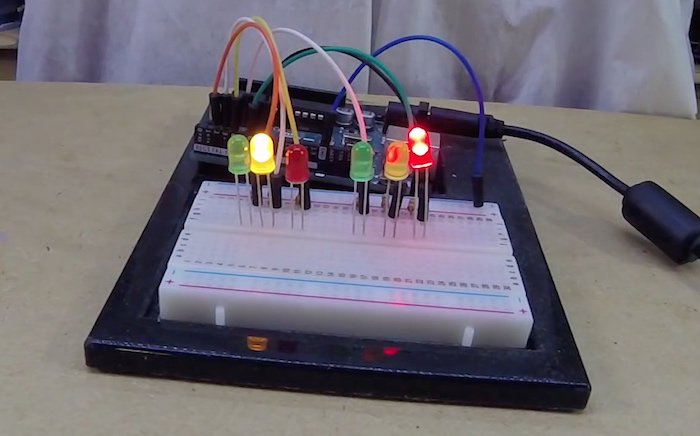 This Arduino-based traffic light controller will teach you about timing sequences and works as an actual stop light! 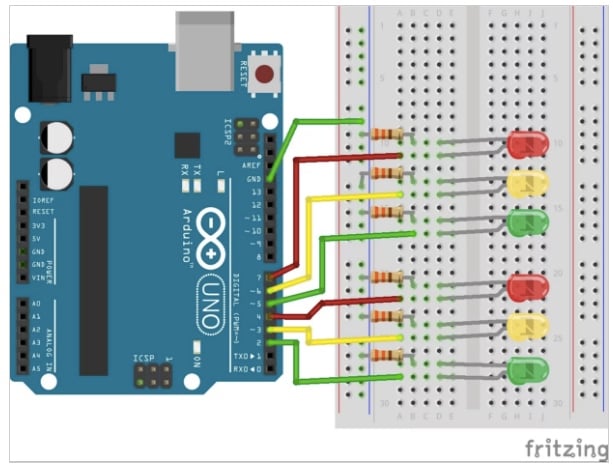 Originally, this was a simple LED project for people new to Arduino. We didn't think it would be all that helpful in the United States, but somebody in a small village in Vietnam actually recreated the project with bigger LEDs to make a real traffic light! It goes to show that you never know who will find uses for electronics projects that you may not have thought to be very useful, which is why sharing is an important part of making! If you have an electronics project that you haven't shared yet, feel free to share it on Maker Pro!

You never know who your projects can help, so share away!

This project is also a good introduction to LED projects with the Arduino, like the ones below!

How to Build an Arduino LED Matrix in 3 Simple Steps
Bluetooth Basics: How to Control an LED Using a SmartPhone and Arduino
How to Make a POV Display Using LEDs and Arduino
Create a Christmas Light Show with Arduino

How Does the Traffic Light Controller Work?

It's really a simple concept and the table below helps to explain it. The code uses For loops and delay statements in order to implement the on-time for each of the LEDs.

The two streets in our example are Busy Bunny Lane and Lazy Tortoise Avenue. They each have different traffic volumes, so one has a longer green light (and a shorter red light).

As Busy Bunny Lane switches from green to yellow to red, Lazy Tortoise Avenue briefly maintains its red light in case there are stragglers who try to make a last-minute dash through the intersection. Don't forget about this red-light-overlap interval if you ever design the traffic light system for your town's newest intersection. When the coast is clear, Lazy Tortoise Avenue gets the green light it has been patiently waiting for. 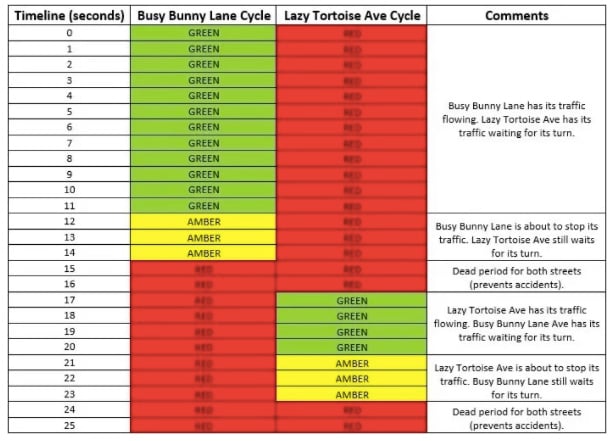 When Lazy Tortoise Avenue reaches its red light stage, there is another period of red-light-overlap, and then the loop restarts! This is a pretty basic and antiquated traffic light. Modern traffic lights today are "smart"â€”they can detect vehicles, adjust their timing, and even make interruptions for crosswalks. There is always room for improvement!

We'd love to see readers take this project and modify it to make it their own. Maybe turn this boring intersection into a "smart" one by adding a crosswalk interruption button! You can even change the light patterns based on the time of day! Take this knowledge and run with it,Â andÂ remember to share your creations!

Arduino Servo Catapult
Laser Diode Tripwire Alarm with Launchpad
DIY Universal Remote with Arduino
Use a TI LaunchPad to Activate a Fan or Just About Anything!